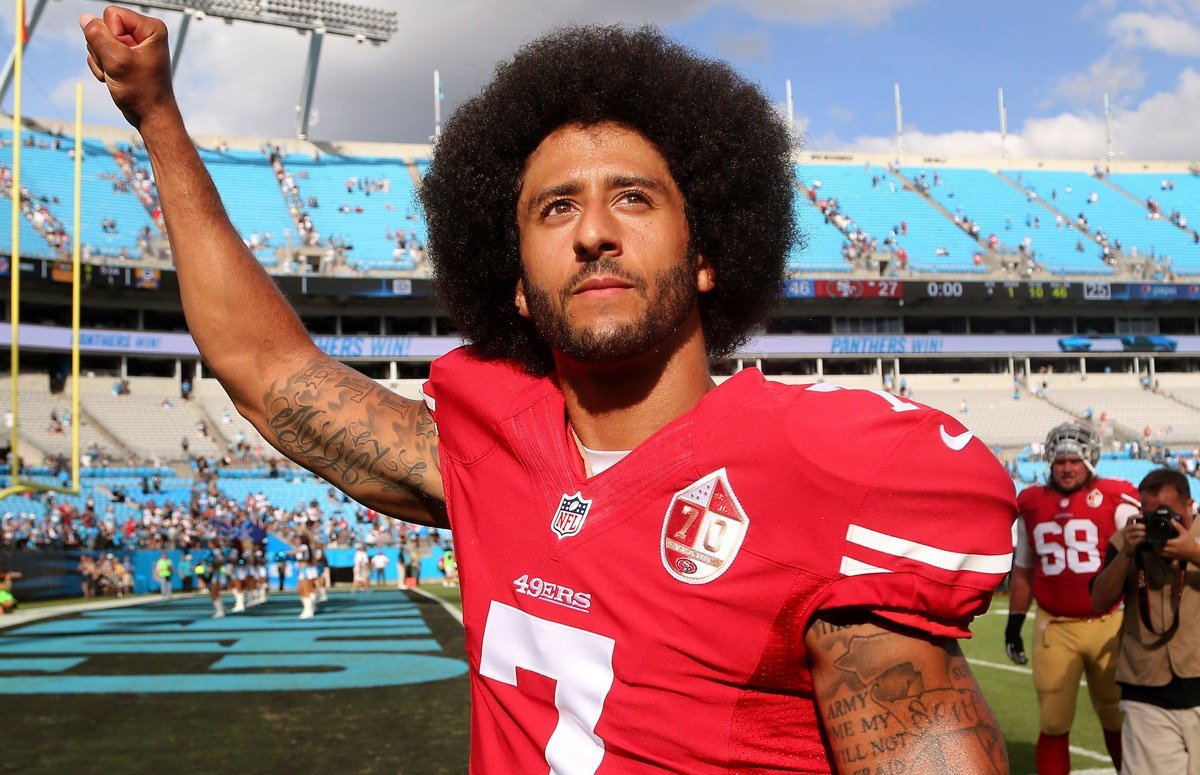 Colin Kaepernick is key to the success of the XFL

He is one of the most maligned men in the history of football.

University of Nevada where he was named the Western Athletic Conference (WAC) Offensive Player of the Year twice and became the only player in NCAA Division I FBShistory to amass 10,000 passing yards and 4,000 rushing yards in a career.

His decision to protest from his position as a key player of the San Francisco 49ers, a quarterback who lead the team marching into a Super Bowl in 2013. Today, untouchable. Fans won’t have it. Coaches don’t want the headaches. Owners don’t want that sort of publicity. His social protest began a slow decline in the NFL and it’s image with fans around the world.

became the 49ers’ starter in the middle of the 2012 season after Smith suffered a concussion. He then remained the team’s starting quarterback for the rest of the season, leading the team to their first Super Bowl appearance since 1994

And yet, after Vince McMahon has announced that the league will not tenure social activism, (on field), Colin Kaepernick is key. But can the fans, the coaches, and the owners see this? Do they know the potential? #OutOfTheBox #XFL2020

During the 2013 season, his first full season as a starter, Kaepernick helped the 49ers reach the NFC Championship Game. Over the next three seasons, Kaepernick lost and won back his starting job, with the 49ers missing the playoffs for three years consecutively. He opted out of his contract with the 49ers to become a free agent after the 2016 season.

If the XFL is truly to be #FootballReimagined then commissioner Oliver Luck and the franchise owners will need to bring major interest to the league. Understanding that the WWE has nothing to do with Alpha Entertainment, LLC. , the parent company of the XFL, the interest needed on February 8, 2020 is beyond staggering. If the network rights do indeed go to FOX Sports the numbers needed for success will be near 4.5 million viewers per game. That is only speculation on my behalf though.

Look, Mr. McMahon stated during the relaunch press conference that he would not be the man behind the league. He then brought a man with a history in professional football and the NFL. Oliver Luck brought everyone to attention when it was announced that he was not only league commissioner, but also CEO of the XFL. A bold #OutOfTheBox move by Alpha Entertainment, LLC.

Will that willingness to relinquish control of the corporate structure of the XFL bleed over into talent? Will the XFL be willing to offer a contract to a man who seeming is a walking violation of prestated transgressions?

Simply put, they absolutely have to. They have to. There is no way around the fact that offering Colin Kaepernick a long term contract is the most sound move Alpha and XFL can make. According to Dave Meltzer XFL contracts will average $300,000 dollars over a multi-year deal. Some sources are reporting numbers upwards of half a million. Reality may just lie somewhere in the middle. Kaepernick is the man to scramble for.

His social outreach is amazing. In both negative and positive aspects. Overall his though he is a solid commodity when it comes to a fan base.

His image as product spokesman for NIKE presents a massive platform to stand on. That’s on a world wide basis. While many protest his endorsement deal, it could only benefit the fledgling league. The exposer without any league involvement. Let him make his social and political stands in those commercials. Profit with his notoriety by bringing those fans to your venues.

Kaepernick’s social and political stands should not affect the XFL. With an understanding that personal beliefs and opinions do not belong on the football field.

The character and content of Colin Kaepernick’s soul shines bright among a sea of professional prima donnas. His skills, though most likely rusty, can be sharpened and honed. Departing from the NFL in 2016 via free agency from San Francisco and no other team willing to make an offer was, perhaps, an aligning of the planets.

Offer Colin Kaepernick a contract and allow a great athlete to once again rise above and conquer his opponents. Bring the fans unforgettable moments that live within our memories for a lifetime. For these memories are key to the longevity and overall loyalty towards the league as it grows and evolves.