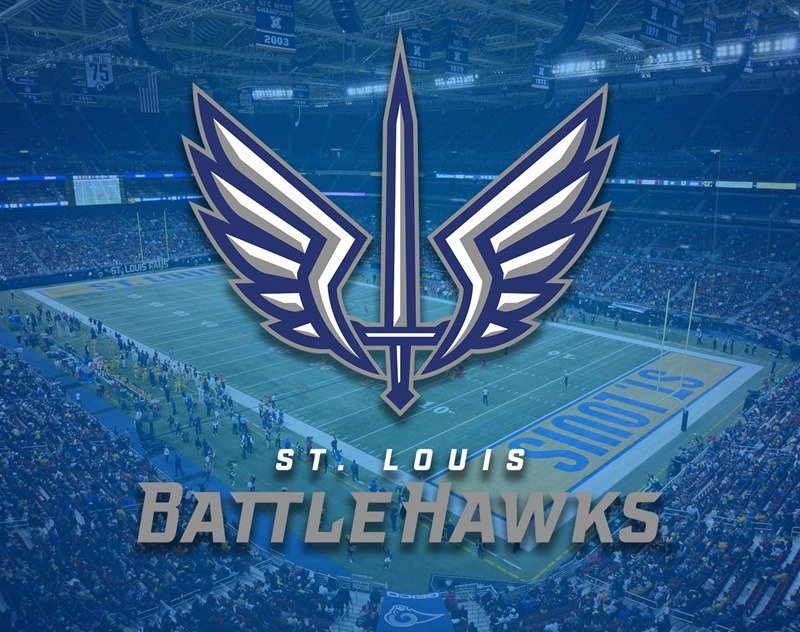 Keeping Up with the St. Louis BattleHawks – Part 2

After more than a four-year hiatus, football had finally come back to St. Louis. With the Rams’ controversial departure for Los Angeles leaving fans bitter and frustrated, a deep and passionate longing for football sparked within the city. Vince McMahon’s XFL capitalized on this love for the sport, embracing the city with the now illustrious BattleHawks who in turn embraced the team right back. In the prematurely-ended 2020 season, the BattleHawks succeeded in bringing St. Louis together as a community as it watched the team consistently put an impressive performance on the gridiron. Who are these heroes of St. Louis, the players who brought football back through the Gateway to the West? In this article, the second in my series, I detail the careers of five of the top players the BattleHawks had to offer.

Signing with the Minnesota Vikings as an undrafted free agent, Taylor Heinicke quickly found himself as the team’s third-string quarterback. Rapidly rising through the ranks, Heinicke’s tenure in Minnesota ended nearly as fast, the Vikings releasing him as the result of a suffered injury. After a short stint with the Patriots, Heinicke was signed to the Texans’ practice squad, where he went on to make his NFL debut. Promoted to the active roster in order to back up the team’s temporary starter T. J. Yates, Heinicke came on to the gridiron for the first time after Yates suffered a possible concussion. After just one passing attempt, Heinicke himself suffered a concussion, bringing Yates back on to the field who had just passed concussion protocol. Heinicke was waived by the Texans on the 13th of April, 2018.

Claimed off waivers by the Carolina Panthers, Heinicke was thrust into a considerably more prestigious role, appearing in six games and starting in Week 16 against the Falcons. Subbing for an injured Cam Newton, Heinicke completed 33 passes in 53 attempts, throwing for a touchdown and three interceptions. In his start, Heinicke got injured yet again, prompting Carolina to place him on injured reserve and eventually release him.

Heinicke signed with the St. Louis BattleHawks on November 22nd, 2019, and was named a backup for the chosen starter, Jordan Ta’amu. Without receiving any playing time during the XFL’s 2020 season, Heinicke was the only BattleHawks quarterback to not record any statistics.

Since his time with the XFL, Heinicke signed with the practice squad of Washington Football Team. It was with Washington that he was finally able to show off his true potential. With the team starter Alex Smith unavailable due to calf soreness, Heinicke’s talent was put on full display during the Football Team’s Wild Card matchup against the Buccaneers. Completing 26 passes for over 300 yards, Heinicke made his presence felt on the field through masterful scrambling and impressive arm strength, throwing for a touchdown and diving into the end-zone for another.

Despite falling short in the end, Heinicke nevertheless stole the show, his impressive performance undoubtably securing him a lucrative contract next season.

Drafted by the Washington Redskins as the 95th pick in the 2015 NFL Draft, Matt Jones signed a four-year contract with the team on May 11th that same year. On September 20, 2015, Jones ran 39 yards for a touchdown against the St. Louis Rams, his longest run from scrimmage. In the same game, Jones would run for a career-high 123 yards and a career-high 2 touchdowns. Later in the year, Jones caught a pass and ran 78 yards down the field for his first career receiving touchdown. Riding this wave of success, Jones entered the 2016 season as the team’s starting running back. Jones suffered an unfortunate knee injury in Week 7 against the Detroit Lions, costing him his role as a starter and eventually his job with the organization.

After this tempestuous tenure with the tenaciously troublesome thoroughbred team, Jones was waived by the Colts for the final time on May 1, 2018. After a short stint with the Philadelphia Eagles, Jones was selected by the St. Louis BattleHawks in the 2020 XFL Draft. Jones’ time with the BattleHawks was nothing short of a resounding success. In the mere five games the BattleHawks got to play before the XFL went under, Jones ran for a total of 314 yards with one rushing touchdown, a performance that earn him a spot on the mid-season All-XFL team. As a result of the disruptive Coronavirus pandemic, Jones’ contract was terminated along with the league when the XFL suspended operations on April 10, 2020. With the sudden amount of free time that manifests with free agency, Jones has dedicated himself to keeping in shape, no doubt for future opportunities to play football.

Retweeting numerous posts regarding his former teammates in St. Louis, it’s more than likely that Jones is invested in the league and is proud of his time with the BattleHawks. For this reason, if he doesn’t secure a well-deserved NFL contract in the meantime, I think that Matt Jones will return with the XFL in 2022. Nothing is set in stone though, so take my opinion with a grain of salt.

Playing for three separate football leagues over the span of four years, Alonzo Russell’s career in football began in 2016 when he signed with the Cincinnati Bengals. Waived by the Bengals on September 3, 2016, Russel was then signed to the Bengals’ practice squad, where he remained for the rest of the season. After the season was complete, Russell signed a futures contract with the team, but was permanently waived later that year. After his tenure in Cincinnati, Russel was briefly on the Cardinals and the Giants, though both teams waived him in the end. Taking advantage of the opportunity provided by the up-and-coming XFL, Russel was selected by the St. Louis BattleHawks as the 70th overall pick in the league’s 2020 draft. Russel made 15 catches during the season for a total of 161 yards, his 4th quarter end-zone reception against Dallas having the honor of being the team’s first receiving touchdown.

Like the rest of the players, Russel’s contract with the XFL was terminated when the league suspended operations on April 10, 2020. Playing for both the NFL and the XFL, Russell has gone on to play for a third league, the CFL, in which he signed a one-year deal with the Winnipeg Blue Bombers.

Enrolling at Mississippi State University, Nick Fitzgerald started his college football career as the primary backup for Dakota Prescott, the current starter for the Dallas Cowboys. Fitzgerald threw for three touchdowns in a mop-up duty against Northwestern State and another three against Troy while Prescott was sidelined due to illness. With Prescott heading to the NFL in 2016, Fitzgerald was made the team’s starter, in which he tied records set by Prescott in years prior. Fitzgerald was signed by the Tampa Bay Buccaneers in 2019 as an undrafted free agent, but was subsequently waived and eventually released on October 8, 2019. Recognizing his talent, the BattleHawks signed Fitzgerald on the 18th of January, 2020. Like Heinicke, he became a backup for the team’s starting quarterback, Jordan Ta’amu. Though he never really got the opportunity to play during the 2020 season, rushing for only 10 yards with zero throwing attempts, Fitzgerald made a name for himself in the BattleHawks community with his legendary post-game celebration after the team’s victory against Dallas.

With his contract terminated as a result of the league going under, Fitzgerald entered the realm of real estate, joining an investment firm in Tampa Bay, Florida. Despite being occupied with his new field of work, Fitzgerald reassured his Twitter followers that he was keeping in shape and was ready to play if the opportunity presented itself.

Still training to ball if the opportunity presents itself boys!

With Heinecke making a name for himself in Washington and Ta’amu back with the Chiefs, it seems very likely that Fitzgerald would have the starting role in St. Louis were he to return.

De’Mornay Pierson-El has certainly seen his fair share of football leagues, playing for the NFL, the CFL, the AAF, and the XFL. Putting on an electric performance in college with the Nebraska Cornhuskers, Pierson-El earned himself All-America honors in 2014. This impressive show of skill caught the attention of the Washington Redskins, who signed Pierson-El as an undrafted free agent on May 2, 2018. However, Pierson-El didn’t develop enough as a player to justify him staying, and he was waived later that same month. Pierson-El then signed with the CFL’s Montreal Alouettes, though he was cut after dressing for only one game. Seeing a lack of success in both the NFL and the CFL, Pierson-El tried his luck with what was then the brand-new spring football league, the AAF. Playing for the Salt Lake Stallions, Pierson-El posted 36 catches for a total of 414 yards. With an unmanageable horde of problems, the AAF simply could not keep itself going, and the league went bust. Finding himself once again in free agency, Pierson-El signed with the Oakland Raiders. Like his time with the Redskins however, this went nowhere, and he was forced to leave the team after his contract expired. Pierson-El entered the 2020 XFL draft where he was picked up by the St. Louis BattleHawks on October 16, 2019. In the BattleHawks’ five games before the league went under, Pierson-El had 23 receptions for a total of 209 yards, scoring a touchdown in Week 2 against Houston.

The @XFLBattleHawks have pulled within one score.

Easily one of the greatest receivers on the team, Pierson-El was picked up again by the Raiders, who re-signed him on the 30th of April, 2020. Waived on the 5th of September that same year, he was then re-signed to the practice squad later that month. He was finally released from the team on October 21st, which is where things stand today.