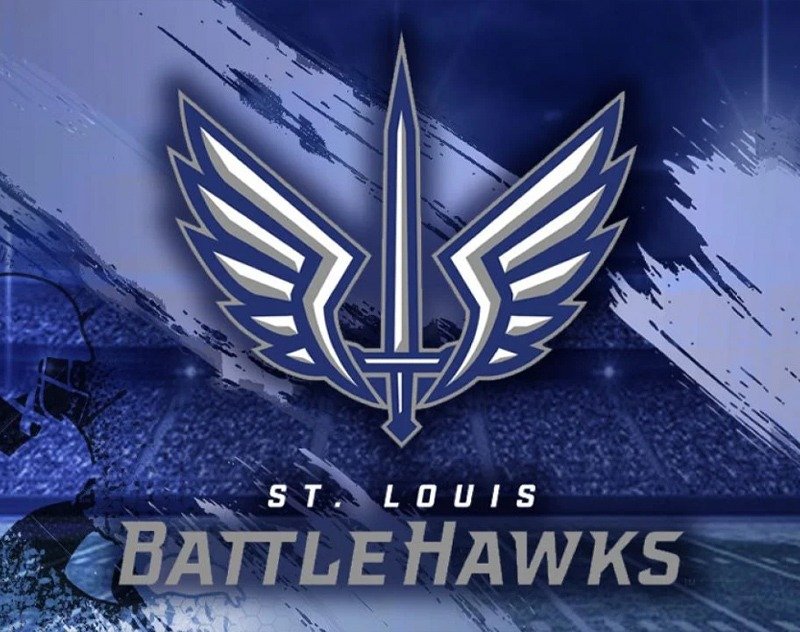 Keeping Up with the St. Louis BattleHawks

With more than half a year since the last St. Louis BattleHawks game, with stadiums empty and news coverage relatively silent, one cannot help but ask, “What are the players up to now?” How many of the former BattleHawks made it big in the NFL? Who’s currently in free agency? Is there anyone just chilling out? For that information, you’ve come to the right place. Since McMahon’s XFL went kaput, here are the many adventures the former BattleHawks have embarked upon:

The illustrious Jordan Ta’amu, recognized by St. Louis faithful as the “Throwin’ Samoan,” is known for his electrifying dual-threat play on the field. His lightning-quick running game and talented arm led the BattleHawks to a division tying three wins. So, since the league ceased play in early March, what has St. Louis’ star been up to? Right before the league suspended operations on April 10th, Ta’amu was on the move, signing with the Kansas City Chiefs on April 2nd. On the 5th of September, Ta’amu was waived from the team, but was signed to the Chiefs’ practice squad the following day. On the practice squad, the Throwin’ Samoan was able to utilize his similar skillset to simulate the Chiefs’ upcoming adversary in Lamar Jackson to help them prepare for their game against the Ravens. Kansas City won the game 34-20. The Chiefs released Ta’amu on the 27th of October. Invited for a tryout with the Detroit Lions, Ta’amu was subsequently signed to the team’s practice squad. Because the Lions didn’t offer him a deal after the season was over, Ta’amu re-signed with the Chiefs, who promptly released and signed him to a futures contract the day after.

Blessed be back in KC!! 🙌🏽 #chiefskingdom

Despite this, there’s hope lingering within the BattleHawks community that he might come back to St. Louis to dominate at the BattleDome. If you’d like to see my case on why the BattleHawks should re-sign Jordan Ta’amu, I have it linked here.

With his seemingly rocket-powered leg and intoxicating personality, the former NFL kicker Marquette King made more than a mark upon the fledgling BattleHawks. Naturally loved by fans regardless of team or location, Marquette quickly became a fan favorite in St. Louis. His constant, lively engagement with the community warranted the earth-shaking, dome-rattling rally cry of “BOOM!” every time he punted the ball. With the highest average yards per punt, Marquette truly made his presence known both on and off the field. So, what adventures have Marquette’s legs set him off on? Diligently cutting his way through the wilderness of free agency, Marquette has been searching for a new tenure in the NFL. When asked if he would consider returning to the XFL, Marquette replied candidly:

No. I belong in the NFL https://t.co/8VEJsb2mJK

While obviously disheartening for the BattleHawks faithful, there’s hope in the area that he can reach his aspirations. Even though nobody knows what’s in store for Marquette’s future, a solid attitude and a passionate drive will get you far, and he’s certainly putting in the work.

Like a hyper, sugar-high toddler who’s bouncing off the walls, L’Damian Washington’s NFL career consists of short tenures with the Cowboys, the 49ers, the Giants, the Browns, the Dolphins, the Steelers, and the Chiefs. His time with this wide assortment of franchises lasted a mere two years. Washington found stability in spring football, playing for the Birmingham Iron in 2019 and the BattleHawks in 2020. In his five games as a BattleHawk, Washington put up 21 receptions for 252 yards, scoring a touchdown in Week 2. Since his success with the BattleHawks, Washington has taken up the role as the director of player development at his former university of Mizzou. Though this puts his future career in professional football into question, at 29 Washington certainly has some time to work things out.

Rightfully among 2020’s upper echelon of XFL kickers, Taylor Russolino gained notoriety for his awe-inspiring field goal – a kick straight through the uprights from a staggering 58 yards away. Russolino completed nine field goals during the XFL’s prematurely ended season, missing only one on a bad snap against the Defenders in Week 5. So, since his tenure-setting league records in the XFL, what has Russolino been up to? A lot, actually. Like Marquette, Russolino has spent his time in free agency looking for an NFL team to pick him up. Unlike Marquette, Russolino has managed to find one. Posting his practice sessions on Twitter, Russolino proved that he was more than capable of competing at the NFL level, completing 50+, 60+, and even a 70-yard field goal.

Putting up numbers like that is more than enough to turn some heads, and his tweets quickly caught the fancy of the Denver Broncos. Inviting the kicker to come to Colorado for a visit on the first of December, the Broncos signed Russolino to their practice squad on the 7th. Promoted to a starting position in Week 15, Russolino missed his one field goal attempt and two extra points. While such a performance is unacceptable in the NFL, his struggles can be attributed to getting accustomed to the league. Even though it’s disappointing that Russolino won’t be coming back to play at The Dome, BattleHawks fans, including myself, wish him the best in Denver.

Acquired by Seattle as a second-round draft pick in 2013, Christine Michael went on with the Seahawks to upset the favored Broncos in Super Bowl 48. After a streak of being continually dropped and picked up by new teams, Michael was released from the Colts in late 2018, marking the end of his five-year tenure in the NFL. Michael went on to enroll in the 2020 XFL draft, where he was selected in the first round by the St. Louis Battlehawks. Through his 59 rushing attempts, Michael ran for a total of 178 yards, scoring one touchdown on a “bruising run” up the middle against the Guardians in Week 3. So, since Michael’s brief stint in the XFL, what has the BattleHawks’ prime draft pick been up to? A ton of stuff, but not all of it has been on the gridiron. In a recent interview with KFDM 6, Michael expressed his interest in starting a restaurant in his hometown of Beaumont, Texas. Despite planning for the next chapter of his life, Michael certainly hasn’t given up on football, asserting that he still feels young and that he’s staying in shape, wrapping up the dialogue about his future in the sport with a foreshadowing, “We’ll see.”