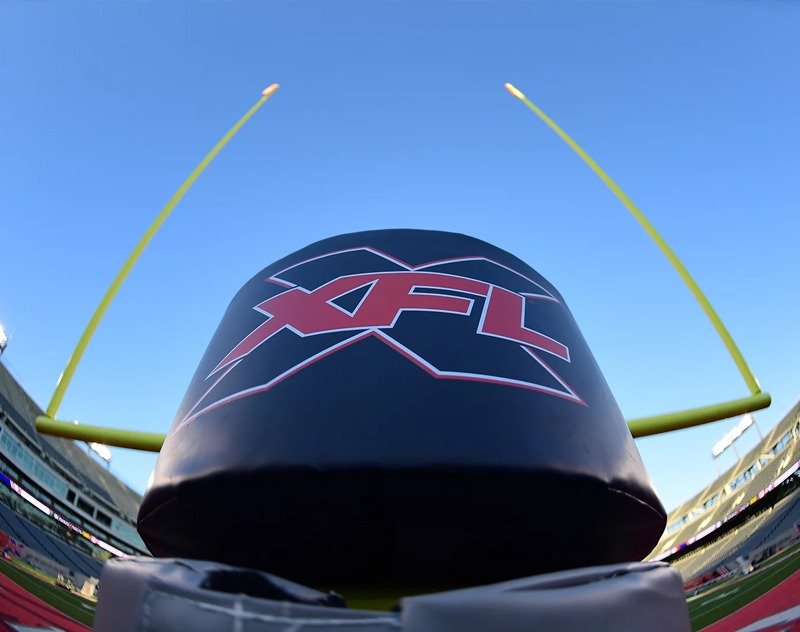 My Idea for the Perfect XFL Kickoff Game

It was February 10th, 2001, the second week of the original XFL. Angelenos packed into the Los Angeles Memorial Coliseum, the crowd eager to what the XFL had in store. Football had finally returned to the city of LA. The sky was clear, the air was crisp, and the fans were loud, rowdy and proud. To tens of thousands of screaming fanatics, Dwayne “The Rock” Johnson took center stage, strutting his way to the 50-yard line.

“After six long years,” The Rock said defiantly, “‘Finally. Professional football has come back to Los Angeles!’” The crowd erupted and rightfully so. “Six years ago,” he continued, “NFL suits decided Los Angeles shouldn’t have a football team. Six years ago, NFL suits decided that Los Angeles wasn’t good enough for a football team.” Boos filled the stadium. The memory of the Rams leaving was fresh on the minds of many and the team’s Super Bowl win in St. Louis poured salt on the wound. “Well, The Rock in Los Angeles, and the whole country for that matter, are sick of NFL suits telling us what we want!”

The speech was legendary, and it resonated well. It sent a clear message, and the NFL received it loud and clear. Football and the Rams were heading back to LA, but in an unprofessional fiasco that left many bitter. The Rams’ former host city of St. Louis had been undercut and the fans had been left empty-handed. Like Angelenos prior, St. Louis was left without a football team. Again, just like Los Angeles back in 2001, the 2020 XFL saw potential in St. Louis and the city worked in turn to make its presence known.

Though the 2020 season was cut short due to the looming COVID-19 pandemic, the league was brought back by none other than Dwayne “The Rock” Johnson himself. Under his leadership the league is set to return in 2022, most likely in the spring. With XFL football just over a year away, I believe it’s a good time to start talking about the league’s kickoff game: where it should take place, what the matchup should be, and how to attract as many viewers as possible.

Here’s my idea on how to pull together the best kickoff game possible:

First off, we’d need The Rock. He brings so much energy and fun to the table that it would be ludicrous not to have him show up. His mere presence would be enough to get people in the stands and as a skilled orator he could get the crowd fired up before the game.

The Rock’s eloquence ties into the second part of my proposal, which is to hold the kickoff game in St. Louis. What better place to kick-off the league than in the Gateway City? During the 2020 season, Battlehawks fans led the league in nearly every metric.  Like Los Angeles back in 1995, the city of St. Louis was unceremoniously dumped and left behind by the NFL. How better to sell out a game and to fire up St. Louis than to remind them of the despised owner of the Rams, Stan Kroenke?

St. Louis was set to fill up their entire stadium in Week 7 of the 2020 season and with proper marketing they can surely do it in 2022. To a crowd of 60,000 raucous fans The Rock could pay homage to his XFL speech from 2001, inciting pride in the St. Louis crowd. In an indoor stadium, the booming cheers would be enough to turn eyes nationwide, creating a powerful and memorable moment for the league.

This brings me to my final part of my idea, which is to hold the game against the Los Angeles Wildcats. The Battlehawks playing against the city that took their NFL team would be the cherry on top and could work to set up a rivalry for years to come.