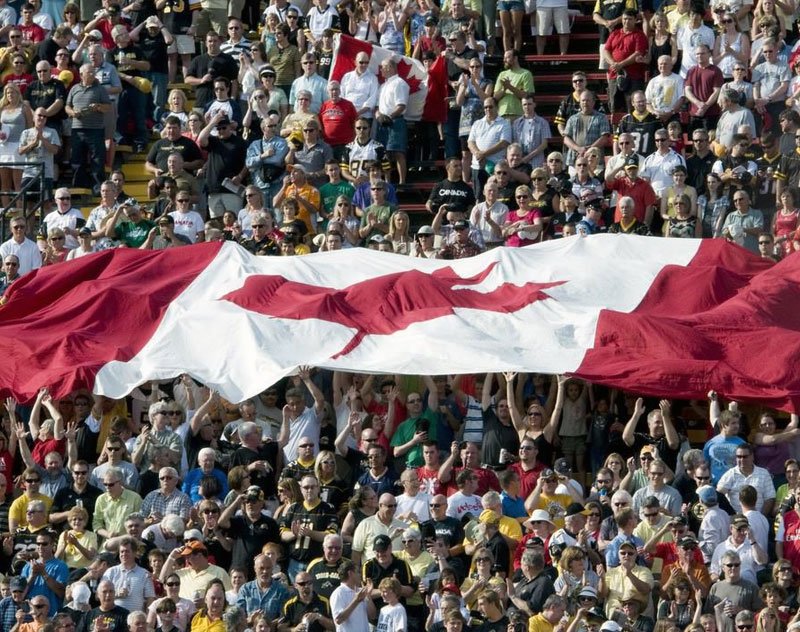 Success of CFL/XFL Merger Relies on Carryover of Canadian Traditions

Canadians from coast to coast are not sure if they like the smell of what The Rock is cooking.

The Canadian football world exploded into a media circus this past week after announcements from the XFL in the United States, and the Canadian Football League (CFL) on a possible merger between the two leagues.

Some took to Twitter immediately denouncing the idea for fear the XFL, backed by Dwayne ‘The Rock’ Johnson’s pocket book,would take the reigns in the partnership and quickly do away with many of the traditions which make the Canadian game special.

Right away, the concepts of three down football, larger endzones, and the rouge were thrown into question.

Others, mostly XFL fans, said the idea could work only if the CFL can adapt four down football, because the American fan base will not watch the three down game.

To make matters worse, a supposed release from the United Football Players Association shared by an anonymous account on Twitter hinted at the possibility of the cancellation of the next two CFL and XFL seasons. It caught the attentions of players, fans, and media alike, despite the fact there has been no indication from the CFL on the cancellation of the 2021 season.

Hours later, the CFL refuted the claim entirely and reassured fans their plan is to play the 2021 season.

Still, it is no secret the league is in financial hot water thanks to the pandemic, and running a season without fans is all but impossible. Even in the event the league is able to get fans in the stands, the extra testing and cleaning personnel needed to deal with COVID guidelines is going to cost a pretty penny.

A global pandemic spells disaster for any gate driven league, especially one with a third of its franchises already financially struggling. Given their current financial position and the likelihood of losing money on a 2021 season even if they do get it off the ground, a merger of some kind seems inevitable.

Johnson has always credited his time trying out for the CFL and talking with CFL legend Wally Buono as a turning point in his life. He is one of the biggest stars in Hollywood with a rapidly expanding business portfolio, he has a vested interest in football and the CFL is ripe for the picking.

So, we the fans who were born into fanbases with a century of history are left collectively holding our breath wondering what will happen to our Canadian game.

All of this is not to say the possible merger will end in disaster. Everything Johnson has touched has turned to gold over the last decade. If the two leagues can find a way to merge their business models without changing the on-field Canadian product, fans should be excited for the creativity the most electrifying man in sports entertainment can bring.

What both leagues need to understand, what Twitter reaffirmed in force, is this merger is going to be walking the tight rope from start to finish.

If it strays too far from Canadian traditions, fans will simply not watch. Instead of providing excitement, it will feel like a loss. On the other hand, if no changes are made to the CFL’s business model, it will not survive long.

A merger with the XFL can boost the leagues revenue and open the door for the possibility of cross border play, but only if done right. The Rock can do whatever he wants with the business model, as long as he leaves the Canadian game as it is on the field.