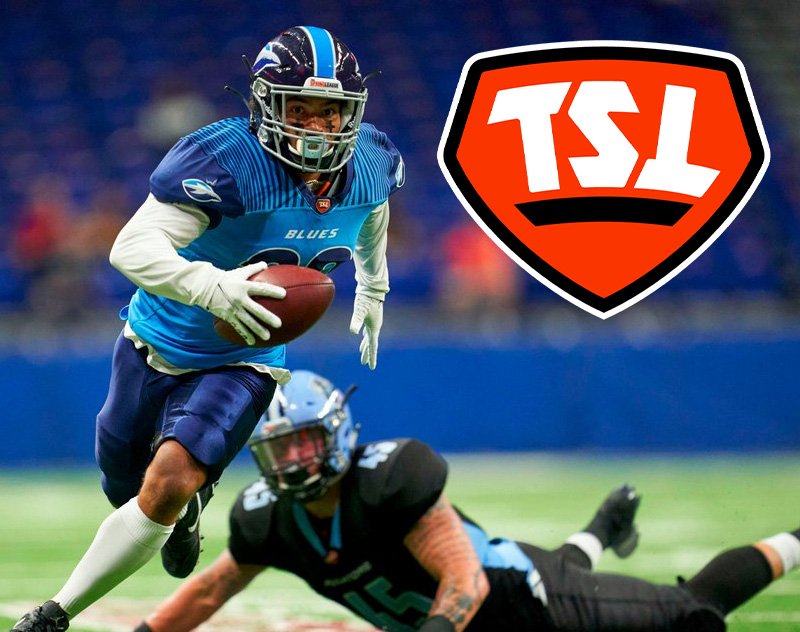 The Spring League: What Can Be Improved Upon In 2021?

The Spring League proved to be an enjoyable event to watch in 2020, as they held a short season during the fall. Since they are now back on a somewhat normal schedule, it was recently announced that they will be kicking off their 2021 season on May 6th, so they are back to playing in the spring.

.@TheSpringLeague is expanding to 8 teams and will play a new 6-game schedule starting in May. Growth comes as @XFL2022 and @CFL discuss future collaboration. NEWS: https://t.co/glePdu6sAe

Not only does the league plan on playing a six week season in May & June, but they also are adding two new teams, one of which was revealed recently on their social media account.

In Kevin Seifert’s report, he laid out the game plan the league has for their upcoming season:

Woods said the league’s eight teams will play a six-week schedule beginning May 6, using hub stadiums in Indianapolis and Houston. It has recruited several coaches with experience in the NFL, XFL, AAF or a combination, including Jerry Glanville, Kevin Gilbride and Mike Riley. Fox Sports is finalizing a full schedule of televised games, Woods said”

The league played for a few weeks in October, with six teams. One of the best things about the TSL was that they were able to broadcast several of the games on Fox Sports, which provided the league with some national exposure. Each matchup was enjoyable to watch, and Fox did a solid job of giving the TSL a professional feel.

The TSL also showcased some quality talent, as we saw players such as Bryan Scott and Matt Colburn take the league by storm.

XP by @Lirim_70 is good. pic.twitter.com/CvICGoClW7

The coaching staff was also impressive, as we saw June Jones, Mike Singletary, Bart Andrus, and others leave an impact on these young players looking for an opportunity.

Due to COVID issues, sadly we never got to see the Jousters play on live television. Despite that, it was fun to watch the other teams play, and each game was relatively entertaining. The Generals, led by Bryan Scott, ended up defeating the Aviators in the Championship game.

What Can Be Improved?

There are some things that the league can do to make the experience better for the fans, and the players. Firstly, there should be a way to view games that are not nationally broadcasted. With the way technology is these days, it should not be that complicated.

If a game wasn’t on Fox, there was no way to see what was going on, other than seeing an update on Twitter every so often. In the upcoming season, the TSL should come up with a strategy to fix that.

This Arnold Tarpley III (@tretarpley) interception is an early candidate for #TSL2020 play of the season. pic.twitter.com/25twzuDG5l

Another major issue that unfolded towards the end of the season was how they treated players. Some of the players came out and talked about how they felt like they were ripped off, and that the CEO, Brian Woods, was just in it for the money.

The reason this happened is because some of the games were cancelled due to COVID concerns, and those players never ended up being able to play the games they were supposed to play.

Obviously, this caused quite a bit of drama, and for good reason. If a player paid to play in the league, they should have gotten every opportunity that they deserved.

Also, other players felt as if their treatment of COVID was awful, as some couldn’t get tested, or were simply sent home out of the blue with no funding whatsoever.

As the league faces the 2021 season, they have to keep this type of drama under control. Everyone who takes part in the TSL should get what they paid for. Brian Woods will have to assure the players that what happened in 2020 will not happen again in 2021, because otherwise, it will be hard for the TSL to even find players who want to participate in the league’s future activities.

Generally speaking, the league has a lot of potential to grow, especially as they expand to Indianapolis and Houston for these “hubs”. As May approaches, we will have to see what the league does concerning COVID protocols, and also how many games will be broadcasted on Fox.

Whatever the case may be, it should be fun. The games were enjoyable to watch in 2020, and should be even better moving forward.

What are your takes on The Spring League? Did you watch the TSL in 2020? Let us know down in the comments below, or join the conversation on Discord!