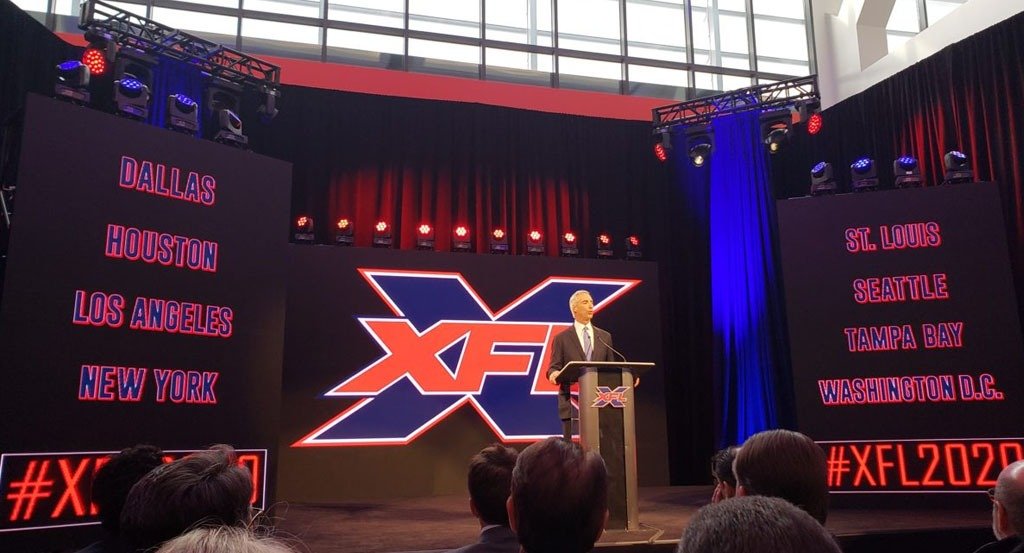 The XFL is returning in spring 2020 and promising to deliver “football reimagined” to the football-starved fan, giving them the sport just about all year ’round.

Recently, the league, which is making a return after a one-year failure in 2001, announced the eight cities which will house teams when things kick off in about a year and a half.

There are likely many fans out there who would have liked to see the league attempt to venture into smaller markets, particularly those that don’t already have a professional football team. Critics would say that it would help the league establish its own identity.

However, the right decision is the one that the XFL made. Going into the cities they chose — Dallas, Houston, Los Angeles, New York, Seattle, Tampa Bay, Washington, D.C., and St. Louis — was the right move for a few reasons, but primary among those is the television markets that they will go into.

Sure, it might be fun to have a team in Albuquerque or Omaha, but the XFL will be looking to land a TV deal and in order to do that, it will need to be in those larger markets.

Now, if the XFL is more successful than it was in its first incarnation, then maybe some of those smaller markets could be added down the line. But this time, Vince McMahon and the team he has assembled seem to have a much clearer vision, one that started with the announcement of the eight cities.

In addition to announcing where teams would be located starting in 2020, the stadiums in which they will play were also made public. These cities were solid choices for reasons other than the television markets as well.

The Dallas Cowboys have long been referred to as “America’s Team”, so the region should have no trouble supporting another team during the off-season. Throw in McMahon’s friendship with Cowboys owner Jerry Jones, and it’s a good match.

Two teams in Texas? Yes, it provides a huge television market and is there a state in the country that loves its football more? Probably not. They even have TV programming showcasing high school football players.

Not only will the XFL share a city with the Seahawks, but it will also share a stadium. However, in what may be the NFL’s loudest stadium, it’s not unlikely that fans will turn out for the new league.

The XFL will play in the stadium that currently houses the Los Angeles Chargers. Because of all of the sports teams in this area (where the Chargers and Rams are far from the most popular), this choice was a bit of a surprise. Had the AAF (Alliance of American Football) hadn’t gone into San Diego, the XFL likely would have gone there instead of the City of Angels.

Attendance likely won’t be huge in Tampa, but Florida is still one of the biggest states in the country and the XFL needed to be in one of the major cities. Again, the AAF beat them to the one it likely had its sights on (Orlando), but Tampa provides a great location for football.

The nation’s capital is a place the original XFL should have been rather than a place like Memphis. The D.C. United of Major League Soccer is the only professional team that plays at Audi Field, so the XFL will have a real chance to put a stamp on this area when the Redskins aren’t playing.

The one place you could all but guarantee would be on this list, there was no way McMahon was going to stay out of the Big Apple. There will now be three professional football teams playing at MetLife Stadium.

The one place the XFL HAD to go. St. Louis had its team ripped away from it following the 2015 NFL season and fans in that region likely hate the NFL as a result, for the most part. The XFL has said it wants to be seen as competition to the NFL and getting one of its old cities on its side could be a nice feather in the cap.