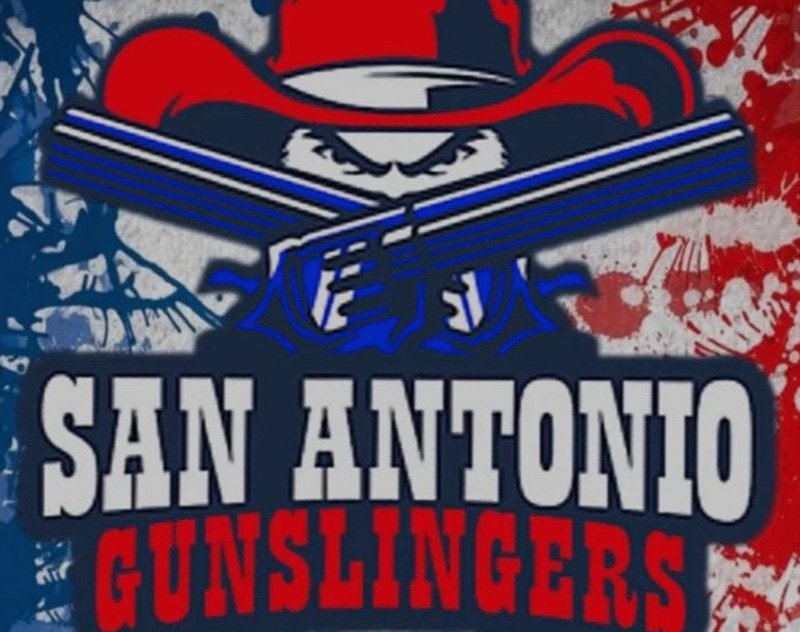 The high-octane San Antonio Gunslingers squared off against the Fort Worth North Texas Bulls at the Alamo City’s Rose Palace on April 26, in what was objectively an instant classic. The Gunslingers came out on top with a last-minute touchdown to bring them within one point of Fort Worth and then secured the victory with a bobbled two-point conversion catch that brought everyone to the edge of their seat. San Antonio extended their win streak to 4 games with their 23-22 conquest over the North Texas Bulls. Defeating their dreaded state rival, the Gunslingers have established themselves at the top of the division.

After watching the San Antonio Gunslingers defeat North Texas 23-22, American Arena League CEO, Tony Zefiretto was not surprised the teams are currently tied for first place. “The Gunslingers, Bulls, and the Austin Wild have a number of players with NFL ties. The high level of talent is a contributing factor to the weekly high level of competition.”

With both San Antonio and Fort Worth coming off of big wins and ready for action, players and fans alike were ready for some great football.

Ending their first drive on a blocked field goal attempt, the defending Gunslingers fell victim to a 15-yard North Texas Bulls touchdown pass. The blocked PAT attempt maintained the score of 0-6. After receiver Kali Rashaad kick returned for about 5 yards and after some quick passes to move the chains, the Gunslingers were situated on the North Texas Bulls’ 23-yard line. However, the first quarter and San Antonio’s momentum both came to an abrupt end with the sack against Gunslingers quarterback David Olvera.

The Gunslingers were unable to convert on fourth down and Fort Worth answered with another touchdown on the very next play. The North Texas Bulls elected to go for a two-point conversion in an attempt to compensate for their missing extra point and were able to find the endzone, extending their lead to 14 points. Despite giving up two touchdowns unanswered to open the game, the Gunslingers were able to climb out of the deficit, cutting the lead to 7 points just 8 minutes before the half.

With a third quarter safety against the North Texas Bulls further narrowing the score to 9-14, the Gunslingers were able to take the lead on a dime to Joey Fisher, just seconds into the fourth quarter. An incredible defensive effort kept Fort Worth’s offense at bay, shutting them down at the one-yard line, not once, but twice. Things were looking bright for San Antonio’s heroes, until the North Texas Bulls were able to squeeze by the practically impenetrable Gunslingers defense, once again taking the lead and making it a 22-15 game with their completed two-point conversion.

Down to the Wire

The offense defiantly trotted onto the field for the last time, and with less than a single minute left in regulation, attempted to work magic. With a mere 15 seconds left, the game on the line, quarterback David Olvera slung the ball down the middle to Shawn Muller who, dodging a defender, spun into the endzone for a San Antonio touchdown. Now short one point of their adversaries, the Gunslingers still had to kick the extra point. The ball was snapped. Unable to get the ball upright, Kali Rashaad scrambled, narrowly dodging defenders. Cornered on the sideline, Rashaad desperately chucked the ball across the field into the endzone, Joey Fisher his target. Bouncing off the guarding defender, the ball hung in the air for a second of pure anxiety and anticipation. Compelled by the force of gravity, the ball plummeted towards the ground and was… caught. The crowd went absolutely ballistic. Pulling off the two-point conversion, the Gunslingers took the lead, and with the help of the defense, set it in stone for their fourth win of the season.

The Gunslingers were able to just barely edge their north Texas rivals, winning the game 23-22; an absolute nail biter.

The American Arena League never fails to provide exhilarating gameplay and an endless supply of highlights that get fans coming back again and again. American Arena League CEO, Tony Zefiretto began his coaching career at the college level. He is quick to point out that arena football was of no interest. Once he attended his first game however, the fast-paced action and high level of energy displayed during every play was an immediate attraction to him.

Coming off a hard-fought win, the Gunslingers will head west, looking to continue their hot streak as they take on the winless El Paso Buccaneers. The game will be on May 1st at 7 PM CDT. Visit www.americanarenaleague.com for more details on upcoming games.

If you’d like to watch the game for yourself, you can check it out below!