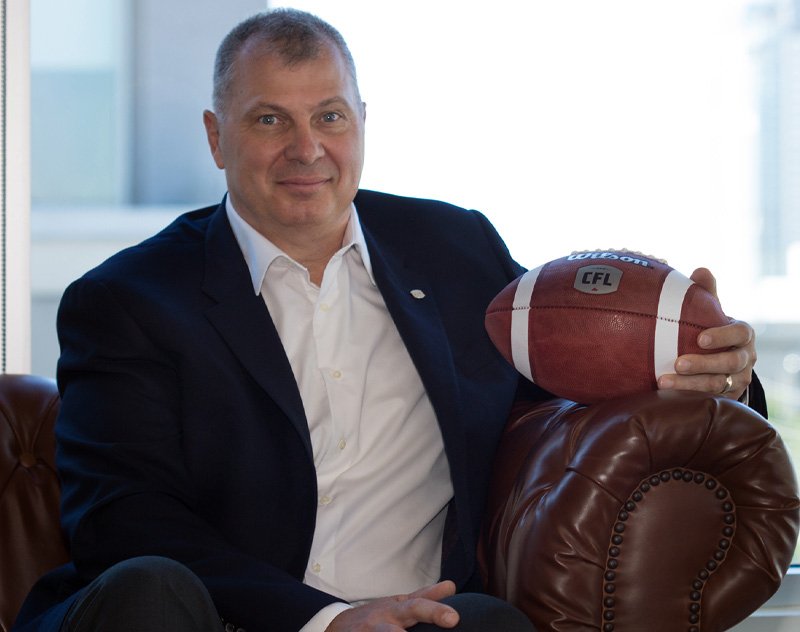 Last month the football world was rocked on both sides of the border when news of a possible collaboration between the CFL and XFL was confirmed. When the announcement was made, there wasn’t much to work with. Basically, they announced that they were talking about talking. Since then, we’ve seen a large amount of CFL insiders come out to say that they believe there is more to these discussions than is known.

The CFL just published an interview with Commissioner Randy Ambrosie where he answers questions regarding the recent announcement of an alignment effort with the XFL.

During the discussion he talks about always wanting to look for new partners to help build their game. When they came in contact with the XFL’s new ownership group, he states that they found a lot of common ground for alignment. In response to why the leagues decided to announce that they were talking Ambrosie said:

We just wanted to be transparent. We have great fans and we have a great group of players. We thought before we got too far along we’ll just let the world know that we’re talking. We don’t know what the outcome of this will be, but we are excited to be in this conversation.”

Ambrosie also spoke about Dwayne Johnson’s history with Canada. Many think of his time in the CFL, but his family had migrated to Canada via the underground railroad and settled in Nova Scotia. Ambrosie expressed that you could feel Johnson’s love for Canada when he speaks.

I’m told that if you took the aggregate of Dwayne Johnson’s social media platforms and accounted for it a a population; he’d be the fourth largest country in the world” – Randy Ambrosie

We’re very much in the same boat that we were yesterday, in that we don’t really know anymore details. Regardless, the fact that the leagues are openly talking and discussing this with the public seems to tell that there is something coming. What will that be? Nobody really knows yet. But, if I were a gambling man (and I am), I’d say that this is going to be bigger than just playing a couple games together.

We’ll keep you posted as we learn more on the possible partnership between the CFL and XFL. With the CFL season right around the corner, will you be tuning in this year? Let us know down in the comments or join the conversation on Discord.