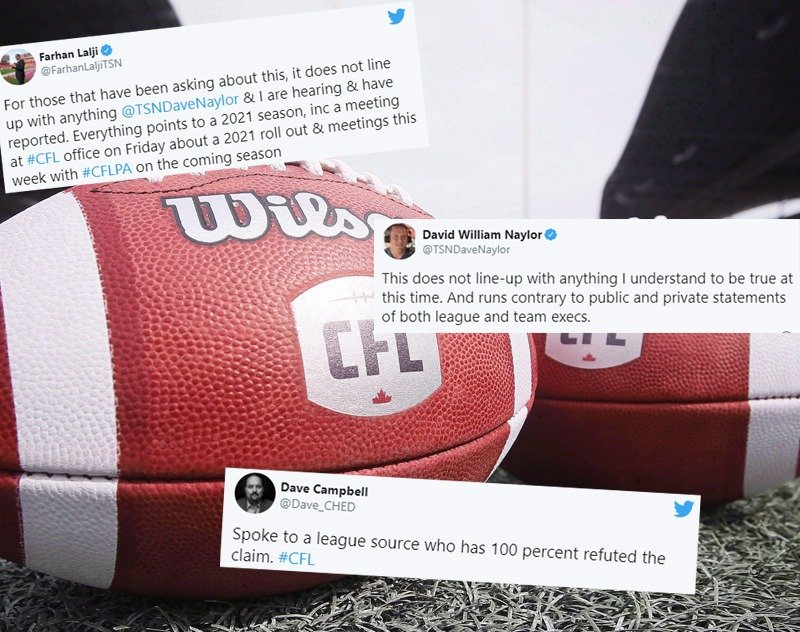 Between last week and this week there has been a lot of contradicting news reports on the status of the CFL and the XFL. It all started when the CFL officially confirmed they were exploring options for alignment with the new XFL ownership group. This news created excitement amongst the fans, but also concern. Buried within the XFL’s message on social media was a note stating they would be putting their 2022 season on hold until the completion of talks between the CFL.

An update on the 2022 Season: pic.twitter.com/AnTvrKZd24

Although the season was placed on hold, by no means has it been cancelled. In fact, sources close to the league indicate that the XFL is indeed still targeting a 2022 return, and they’re hopeful to have discussions wrapped up with the CFL within the coming months.

Today news came out that could potential take the wind of the sails of both of these leagues. According to the United Football Players Association, multiple sources, including former and current league coaches and executives, have indicated that there is a strong likelihood that the CFL may cancel their 2021 and 2022 seasons.

If you’re not sure who the UFPA is, they are 501c4 Domestic Nonprofit Corporation filed in the State of Texas that was founded by, lead, and organized by current and former professional American football players (NFL, XFL, CFL, AAF) to facilitate communication, education and empowerment of players not represented by the National Football League Players Association.

Since the UFPA made this announcement via social media there have been a slew of CFL insiders that have come out to refute the report.

This does not line-up with anything I understand to be true at this time. And runs contrary to public and private statements of both league and team execs.

Spoke to a league source who has 100 percent refuted the claim. #CFL https://t.co/H7vW7glTeM

For those that have been asking about this, it does not line up with anything @TSNDaveNaylor & I are hearing & have reported. Everything points to a 2021 season, inc a meeting at #CFL office on Friday about a 2021 roll out & meetings this week with #CFLPA on the coming season https://t.co/T0img5FsvA

We still have not been able to confirm the claims that the UFPA put forward, but we’ll keep you updated as we learn more.

As we were writing this, CFL Communications have come out to refute the claims themselves in a statement on social media.

That includes working towards provincial and federal approvals for our health and safety plan. 2/2

From what we can tell it’s just another case of he said/she said at this point, but we should get confirmation either way in short order. We’d expect CFL officials to make some type of announcement in the coming days either refuting this news or detailing plans for their upcoming season.

It’s hard to say which direction this news could lead us, but looking at what the CFL insiders are saying it seems that a 2021 season is still in the books for the Canadians.

Do you think the CFL will play in 2021? Will both the CFL and XFL cancel their 2022 season? Let us know down in the comments below or join the conversation on Discord..