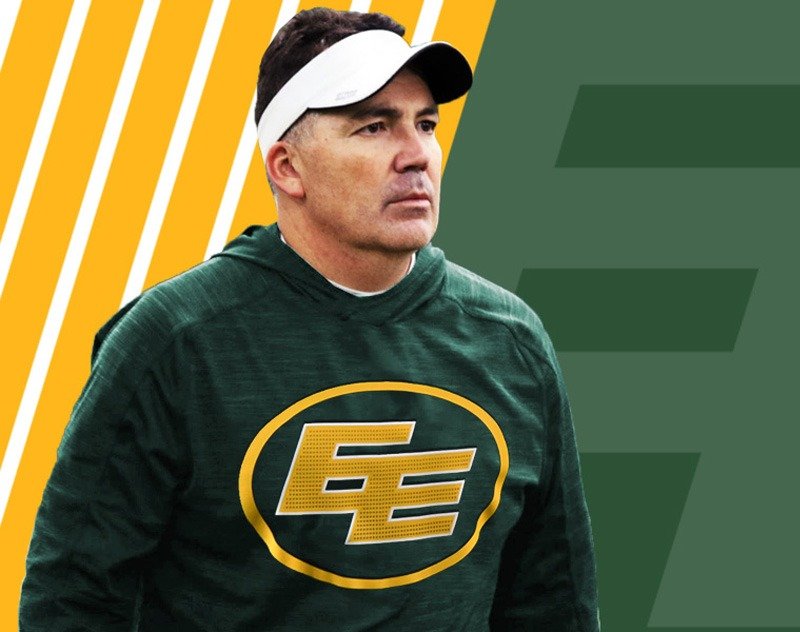 We’re just over a year until the XFL returns to the gridiron and each day that passes we lose potential faces that we saw during the 2020 season. Today, it was announced that former Tampa Bay Vipers offensive coordinator Jaime Elizondo would be making a return to the CFL.

The EE Football Team has named Elizondo the 23rd head coach in team history. Along side his head coaching duties, he has also been named the team’s offensive coordinator and quarterback coach.

Jaime Elizondo has been named the 23rd head coach in club history.

Elizondo departed the RedBlacks in 2019 and joined former CFL head coach Marc Trestman with the Tampa Bay Vipers of the XFL. After taking over play calling duties in week 3, the Vipers averaged over 29 points a game on offense for the remainder of the season.

WE’RE THRILLED TO ANNOUNCE JAIME ELIZONDO AS THE NEW HEAD COACH OF THE EDMONTON FOOTBALL TEAM,” SAID GM/VP OF FOOTBALL OPERATIONS BROCK SUNDERLAND. “JAIME IS AN INNOVATIVE PLAY CALLER WITH PROVEN SUCCESS IN THE CFL. ALONG WITH HIS WINNING HISTORY IN THIS LEAGUE, HE IS A GOOD LEADER WHO COMMUNICATES WELL AND WE ALIGN PHILOSOPHICALLY ON WHAT WE BELIEVE IT TAKES TO BUILD A CHAMPIONSHIP PROGRAM.”

Elizondo held the role of offensive coordinator for the Ottawa RedBlacks from 2016-2018 — appearing in two Grey Cups in three years and winning one (2016). In his first season, he led a RedBlacks offense which saw four receivers eclipse the 1,000 yard mark (Greg Ellingson, Chris Williams, Earnest Jackson, and Brad Sinopoli).

Current EE Football Team quarterback Trevor Harris spent three seasons under Elizondo’s tutelage, setting a career high for passing with 5116 yards in 2018. That same season, Harris threw a CFL play-off record six touchdowns in a 46-27 win over Hamilton in the east final. In total, Harris has accumulated 13,096 passing yards and 68 touchdowns, while completing over 70% of his passes with Elizondo calling plays.

The new EE Football Team head coach began his CFL coaching career in 2008 as a wide receivers coach for the Montreal Alouettes. During that season, the Alouettes would have three different players eclipse the 1,000 yard receiving mark (Jamel Richardson, Ben Cahoon, and Kerry Watkins).

After spending the 2009 season at Syracuse University, Elizondo returned to the CFL in 2010 as offensive coordinator and quarterbacks coach with the Toronto Argonauts. He would coach a second stint with Toronto as a wide receiver coach in 2015, before joining Ottawa as their offensive coordinator in 2016.

As we’re still waiting for news on the XFL, especially around which coaches and players will return we continue to learn names of those who will not make a comeback. Which coaches would you like to see when the XFL returns? Let us know down in the comments below or join the conversation on Discord.