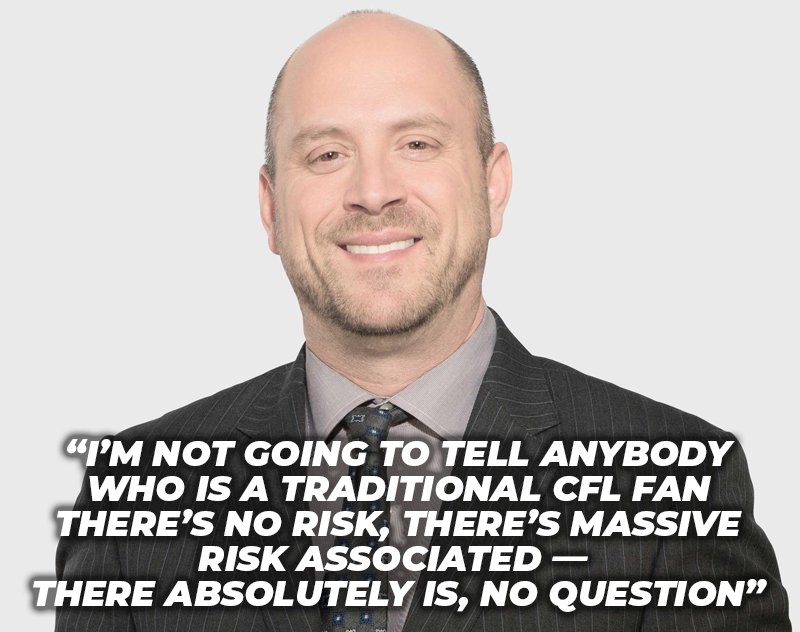 Earlier this month, the CFL and XFL communities were rocked by the explosive news that the CFL was exploring opportunities for alignment with the new XFL ownership group. On both sides there are fans that love the idea and are worried about how the other league may impact the style of play.

TSN’s Dave Naylor joined Jamie Nye on The Green Zone to give his take on the situation.

The Rock has stated he’s excited for the ‘unique opportunity’ the CFL and XFL ‘can potentially create together.’ With the CFL and XFL openly talking, many believe a full merger is in the works, and Dwayne Johnson’s latest comments appear to be an indication that is the case.

Maybe opened a few eyes on how far along this thing is because you read his quote, it didn’t sound like “talking about talking” — it sounded like talking about doing,” Naylor said.

The XFL re-launched last year after a failed start in 2001. The 2020 iteration looked to be a success, only to falter due to the COVID-19 pandemic forcing them to cancel their inaugural season 5-games in and ultimately filing for bankruptcy. Last August a group comprised of Dwayne ‘The Rock’ Johnson, Dany Garcia and RedBird Capital won the rights to the XFL for $15 million. With the CFL’s history and the XFL’s ownership group, there’s no doubt there are qualities that each league could benefit from.

I have not found anybody high up in a team who thinks this is a terrible idea. That’s probably good for the league that there’s not a divided nature on this one,” Naylor said. “I’m talking about integration of this league and that league. There is very broad support for this idea, at least the full exploration of this idea.”

The original XFL lasted one full season in 2001 before quickly folding. Last year, the XFL lasted 5 games before the COVID-19 pandemic forced the league to suspend gameplay, which led to Vince McMahon filing for bankruptcy and selling to Johnson, Garcia, and RedBird Capital.

There seems to be so little push back from the upper team level. You know there’s risk associated, let’s not pretend that,” Naylor said.

I’m not going to tell anybody who is a traditional CFL fan there’s no risk, there’s massive risk associated — there absolutely is, no question.”

At this point, everything is speculation. When the news was confirmed that the CFL and XFL were exploring opportunities for alignment, that’s about all we learned. CFL Commissioner Randy Ambrosie said it best, “We’re announcing that we’re talking about talking”. Sources within the XFL still indicated that 2022 is still the goal and the CFL seems to be going full-steam ahead towards 2021.

As we learn more on this potential partnership  we’ll be sure to keep you informed.