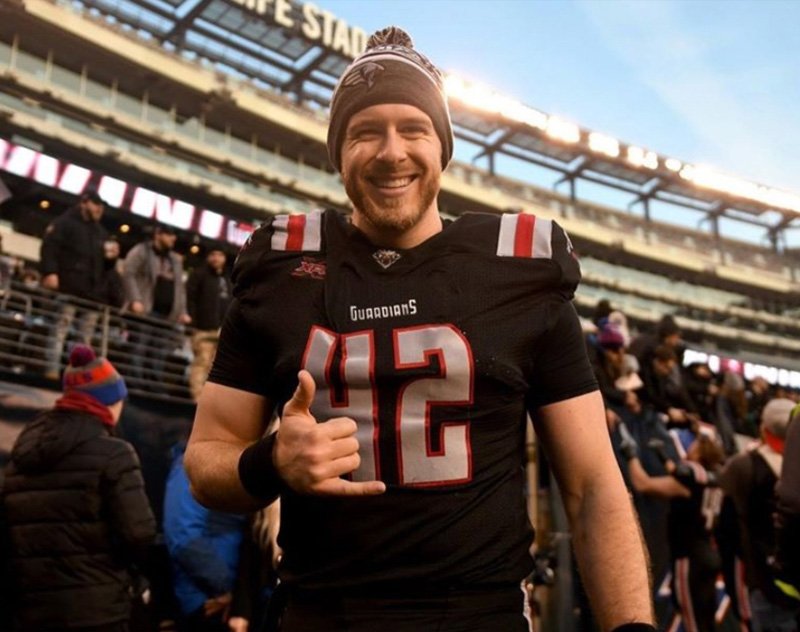 Since the XFL ended its season last year we’ve seen a number of former players make the move to the CFL and NFL. Today, we add another name to the long list that we’ve collected so far.

Former New York Guardians long snapper Scott Daly has signed with the Detroit Lions. Prior to the XFL, Daly played collegiately at Notre Dame and also spent time with the San Antonio Commanders of the AAF and the NFL’s Dallas Cowboys.

Daly still has his work cut out for him. If he’s to secure a spot with the Lions, he’ll need to beat out veteran long snapper Don Muhlbach. Mulbach is set to return for his 18th season in Detroit, so this seems to be an uphill battle.

You can read the full release from the Detroit Lions below:

Daly comes to Detroit after most recently playing with the New York Guardians of the XFL. He originally entered the NFL with the Dallas Cowboys as an undrafted free agent out of Notre Dame in 2018.

Heim spent his college career at Minnesota State – Mankato, starting all 54 games in which he appeared for the Mavericks. He graduated with a degree in finance from the school in December of 2019.

This is just another name among many who have landed a spot in the NFL since the XFL was forced to suspend its season in 2020.

We’ll keep you posted as more former XFL stars make the next move in their career.

With the XFL on the sidelines for 2021, when do you think the XFL will return? Let is know down in the comments below or join the conversation on Discord.