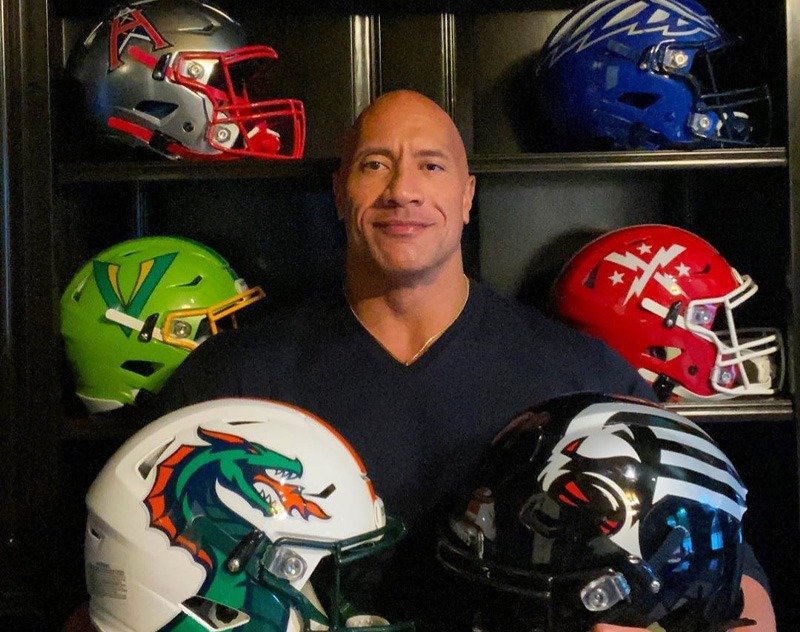 Dwayne ‘The Rock’ Johnson Talks About Stepping Away from the CFL

This Sunday Dwayne ‘The Rock’ Johnson is set to appear on ‘Sunday Today’, but the show has put out a preview of the interview. During his sit-down talk, Johnson speaks about his decision to step away from the CFL in favor of starting a career in professional wrestling.

Dwayne Johnson sat down with @WillieGeist to talk discuss his wrestling career and following in his father’s footsteps. pic.twitter.com/ZbhWsbvNuy

I had just gotten a call from my coach, at the CFL, to come back and try out for the team next season,”

And I said, ‘I appreciate it, coach, thank you very much, but I’m gonna close this chapter of my life.’ Hung up the phone, my dad said, ‘Who was that?’ We had the biggest fight,”

Johnson was able to convince his father to start his pro-wrestling training. Which has led him down the career path that has made him who is is today. When he left the CFL, he only had seven dollars in his pocket, hence the naming of his Seven Dollar Productions. He was able to take that drive to become one of the most recognizable names in the world, and now has brought him full circle back with the CFL.

With the XFL and CFL talking about possible collaborations, it’s possible that Johnson has an official affiliation with the Canadian Football League again. In the meantime, the CFL is heading towards an August 5th return, and the XFL has placed their 2022 season on hold until discussions are complete.

Some think that a full-blown merger could be in the works, others think it could result in a brand new league. How do you think the CFL/XFL discussions will shake out? Let us know down in the comments below or join the conversation on Discord.