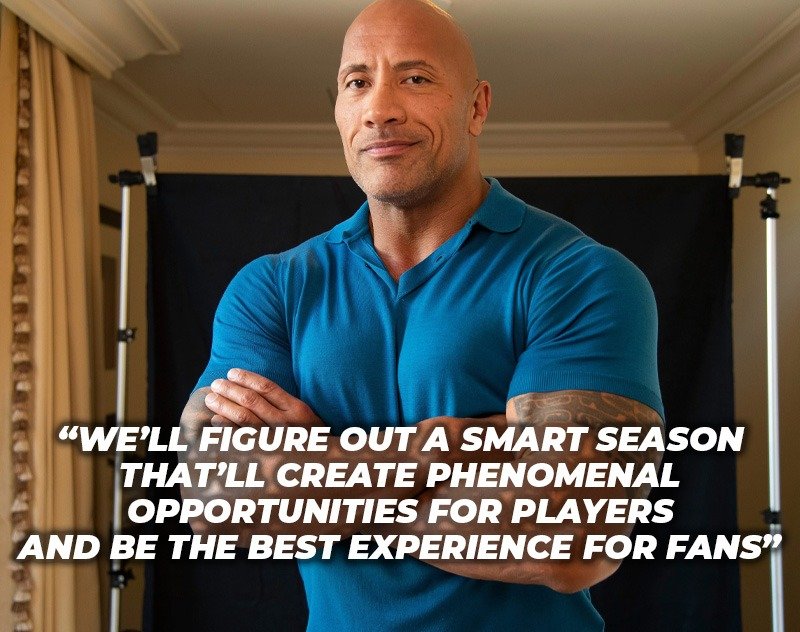 Dwayne ‘The Rock’ Johnson Weighs in on the CFL/XFL Discussions

Earlier this month the football world was rocked by the news that the CFL and XFL had confirmed discussions to align. At the moment, there’s not much known other than the leagues are looking at ways to possibly work together. Will it be a partnership? Full-on merger? Too early to tell. Needless to say, once the news was out there, the speculation machine was in full gear.

TSN’s Jim Mullen tweeted out earlier that one of the interesting nuggets from the XFL acquisition was that Dwayne ‘The Rock’ Johnson wanted games to be played at various times of the year.

One of the more interesting nuggets from what @TheRock said when buying the assets of the #XFL was that he wanted games at various times of the year. This is a possible path that fits that narrative. Thoughts? https://t.co/uJjN2J5RC5

As the discussion spiraled, Johnson eventually chimed in. In response to a fan questioning the safety aspect of playing more than one season a year, Johnson came in to clarify that the XFL leadership will “figure out a smart season that’ll create phenomenal opportunities for players and be the best experience for fans”.

Hi gents, I never said that.
We’ll figure out a smart season that’ll create phenomenal opportunities for players and be the best experience for fans. I played ball for years and wrestled 280+ nights a year (for years) so I know the value in smart scheduling and recovery.

He went on to lean on his experience, not only as a football player, but as a professional wrestler who spent over 280 nights a year on the road. With his understanding of scheduling and recovery, it seems like this may not be the route that the XFL will be headed.

Again, with 2022 on hold until discussions with the CFL have been completed, anything is possible. The last two iterations of the league followed a 10-game season, once a year. Although in both cases the league never got to test the waters of a follow-up season. It could be an interesting concept, but when it comes to player safety it may not be a wise decision.

Would you like to see the XFL explore playing at different times throughout the year? Let us know down in the comments below or join the conversation on Discord.