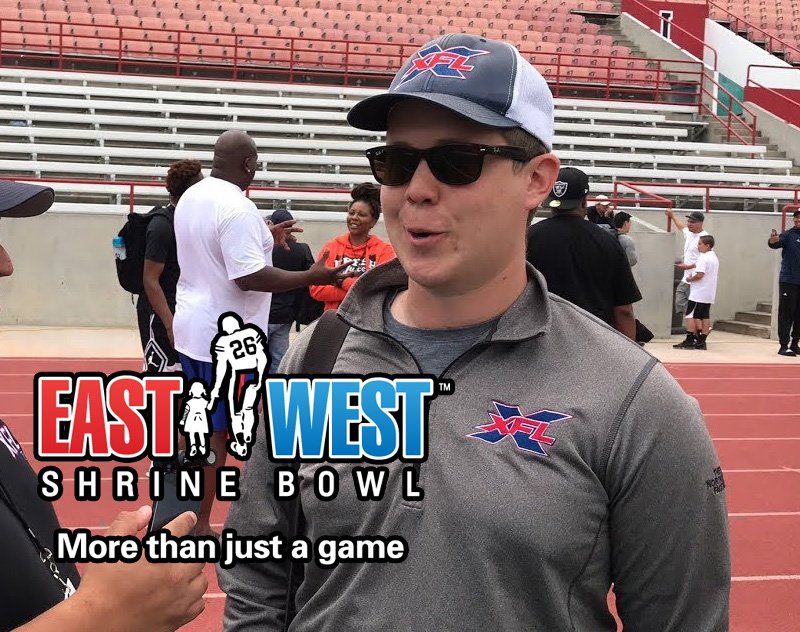 When the XFL was ramping up towards its 2020 season there was a few people that really helped the league stand-out. One of those was former Director of Player Personnel, Eric Galko. If you were hoping for a return when the XFL hits the field again, it looks as if that is now out of the question. Galko has just been named the Director of Football Operations & Player Personnel for the East-West Shrine Bowl.

The East-West @ShrineBowl will be back next year & with a great new leader: @EricGalko will be the new Director of Football Operations & Player Personnel. The former Director of Player Personnel for the XFL is well respected in scouting circles & has exciting plans for the game.

The East-West Shrine Bowl is the longest running college all-star football game in the nation. Their website goes further into detail on who they are, saying:

The East-West Shrine Bowl is an important part of America’s football tradition, giving top college players a chance to showcase their talents to NFL scouts and a national television audience.

For more than 90 years, some of football’s greatest athletes and coaches have contributed to the tradition of the East-West Shrine Bowl. Players like Gale Sayers, Tom Brady, John Elway, Allan Page, Dick Butkus, Brett Favre, Gino Marchetti and Walter Payton, along with coaches Don Shula, Dick Vermeil, Paul “Bear” Bryant and Jerry Glanville, to name a few, have supported the East-West Shrine Bowl.

Galko has since commented on the news stating that he’s excited about the future and vision for the Shrine Bowl.

Couldn’t be more excited about the future and vision for the @ShrineBowl and the chance to work with Bob Roller to make the longest standing college football all-star event Best-In-Class in every way.

Great team, including @Shane__Coughlin, already scouting for the 2022 draft! https://t.co/u7lb7fX0o9

This is just another name, among many, who have made the move to a new career after the XFL. With the league on the sidelines for 2021 and maybe even 2022, we don’t blame them.

The East-West Shrine Bowl announced today the hiring of Eric Galko as director of football operations and player personnel for the nation’s longest-running college football all-star game, which supports Shriners Hospitals for Children.

Galko will direct all phases of player recruitment and selection for the East-West Shrine Bowl, working closely with partners within the NFL and its operations office, as well as professional teams, collegiate teams and the scouting and agent industry. He will work with Bob Roller, director of national sports management for Shriners Hospitals for Children, to promote the life-changing mission of the organization.

“I am extremely excited to work with the Shriners organization and Bob Roller to capitalize on the immense potential of the East-West Shrine Bowl. As the oldest college football all-star game and a current fixture on the football calendar, I look forward to building upon the rich tradition of the game and ensuring a best-in-class event.”

Galko most recently served as the director of player personnel for the XFL, a start-up national football league, where he led the league’s scouting, analytics and player personnel strategy, among other roles, from 2018 until the league’s end in 2020. Prior to and since his XFL role, Galko has served as the owner and president of Optimum Scouting, a scouting consulting firm that advises professional football teams, leagues and industry members. Optimum Scouting also works in the sports media industry as an analyst for Bleacher Report, Stadium, Sporting News and other national media organizations.