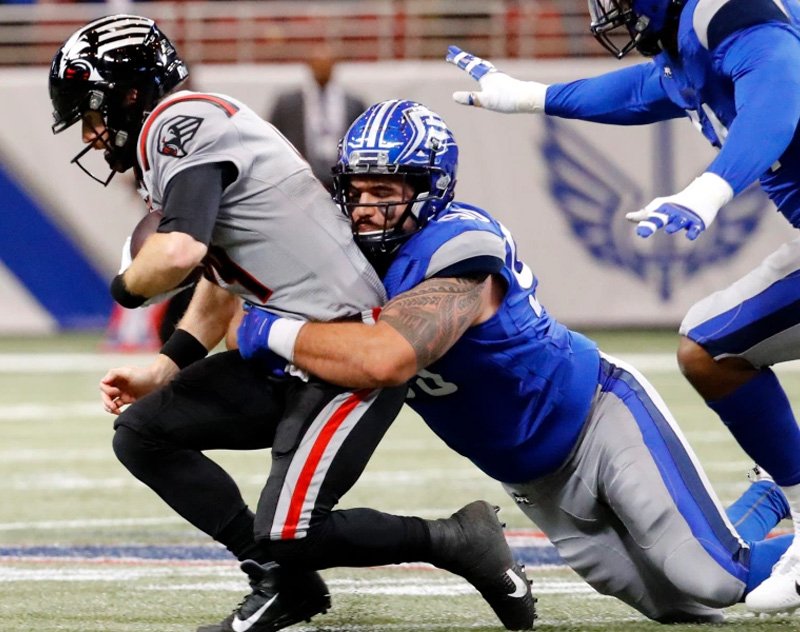 With news of a possible partnership between the CFL and XFL, fans have been speculating how everything could play out. In the meantime the CFL is moving towards their 2021 season after missing last year due to COVID-19. Needless to say, CFL franchises still have a lot of spots to fill before the draft.

Sayles played Defensive line for the Ohio Bobcats from 2013 to 2016. In 2013 he also played Special teams and returned 4 kicks for a total of 30 yards. In his senior season in 2016, Sayles has 33 tackles and six sacks, earning Second Team All-Mid-American Conference honors. He finished his four year college career with 111 total tackles and 12.5 sacks and three fumble recoveries in 50 games.

Sayles went on to join the Pittsburgh Steelers in 2018, where he only saw pre-season action totaling four tackles. In 2019 he joined the Birmingham Iron of the AAF, where he was one of the leagues best defensive linemen. After the AAF folder he found himself being picked by the St. Louis BattleHawks in the first round of the XFL’s defensive draft.

This is just another name among many that have made the move to the Canadian Football League. With discussions taking place between the leagues, we’re hoping to learn more of their intensions over the upcoming months. Regardless, it’s always great to see these players continue to get meaningful time on the field.

Will you be watching the 2021 CFL season this year? Let us know down in the comments below or join the conversation on Discord.