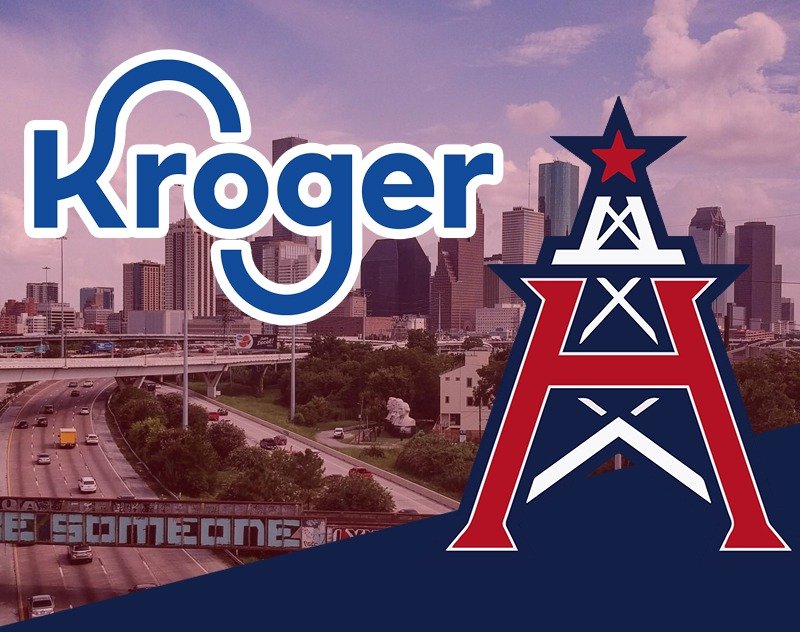 Just earlier we announced that the Houston Roughnecks would be holding a Season Kickoff Party with Fox this Thursday. Now, we have more HUGE news out of Houston. The franchise has just announced Kroger as the presenting sponsor for the Roughnecks opening game this Saturday.

This is great news for the league and the team, but the fans as well. The first 15,000 fans that attend this weekends game will receive a commemorative t-shirt.

You can read the full press release below.

HOUSTON – The XFL Houston Roughnecks and Kroger announce a new partnership designating Kroger as the presenting sponsor for the team’s first game on Saturday, February 8 vs. the XFL Los Angeles Wildcats.

“Kroger’s presenting sponsorship of the Roughnecks’ 2020 home opener reflects our shared commitment to the communities of Greater Houston,” said Cooper. “We are grateful for Kroger’s support and look forward to building a lasting relationship.”

“Kroger is proud to partner with the Houston Roughnecks for this historic moment in football, as well as in our city,” said Kroger Houston Division President Joe Kelley. “We look forward to seeing the impact this team will have on and off the field.”