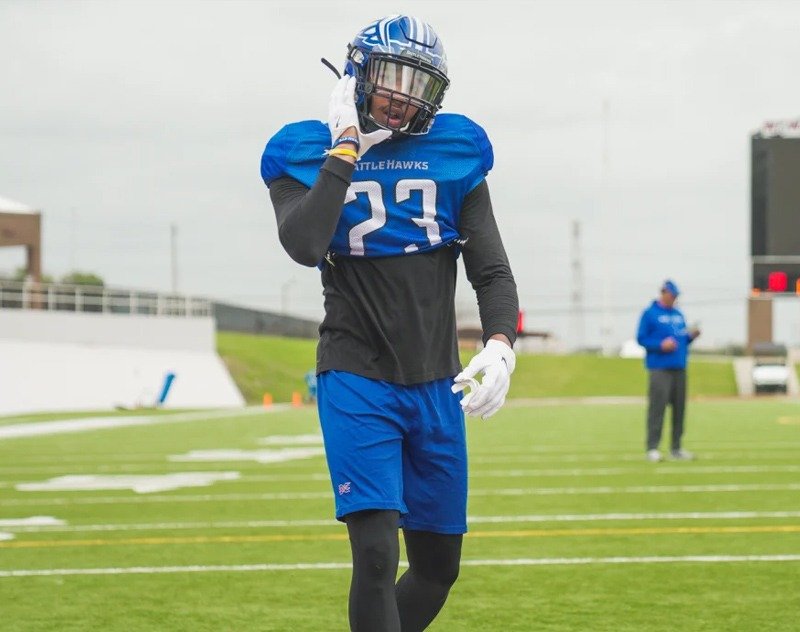 The XFL is a standalone professional league, but players are still using this as a steppingstone to get into or back into the NFL.

Safety Kenny Robinson is one of these players. He announced via Twitter that he has been accepted into the 2020 NFL Draft Pool. It was later confirmed by Eric Galko that he would play in the XFL this year and enter the draft at the completion of the season.

.@XFLBattleHawks star safety Kenny Robinson will be in the 2020 NFL Draft after the completion of the @xfl2020 season.

And with his talent, what he’s showed in XFL training camp, and what NFL teams have indicated, he won’t be waiting long come NFL draft weekend! https://t.co/eMGOAcYTHY

In all reality, this is good news for the league and the players. The XFL gives players a chance to prove themselves for these future opportunities. The more success stories that come out of the XFL, the better the league will be in the long run.

In his two years as a Mountaineer, Robinson racked up 123 tackles, 7 interceptions and 7 pass breakups. Last June, Robinson tested the waters and entered his name into the NCAA transfer portal. A source told Mountaiener Maven that he was receiving calls from Pitt, Miami, Alabama, Oklahoma, East Carolina, UCLA and a few others. After thinking it over, Robinson decided to forgo the transfer route and instead head off to the revamped XFL.

Robinson was selected by the St. Louis Battlehawks with the 39th overall pick in the draft and is expected to start in the team’s first game on February 9th at 5 p.m. EST.