And just like that… The Spring League’s Championship game, now called the Mega Bowl, is upon us. The six week season is over, and we officially have two teams standing to see who will take home the trophy.

It's official: the #TSLJousters and #TSLLinemen are headed to the Mega Bowl.

From the North division, the Linemen came out on top, boasting an impressive 5-1 record. Throughout the season they were led by Hal Mumme’s air raid offense, and have won their last five games, heading into the postseason with quite a bit of momentum.

The South division saw the Jousters hang onto the #1 seed, despite a late scare from the Generals. Kevin Gilbride’s Jousters finished with a 4-2 record, and secured a Mega Bowl appearance due to having a stronger point differential over the Generals.

Both of these squads have fought through a lot of adversity to get to this point, and have one last chance to show they deserve to be crowned champions of The Spring League. With that in mind, let’s take a look at some of the keys to victory for both teams.

Keys For The Linemen

When it comes to the Linemen, we can clearly see what their key strength is: passing the football. Ryan Willis has certainly been one of, if not, the best QB in the entire league in 2021. He was the first QB to reach 1,000 yards this season, and put up almost 450 yards in week four.

If Hal Mumme wants to win this championship game, he simply has to continue calling the right plays that he has been all year long. Willis has a heck of an arm, and makes smart decisions with the football, so Mumme should have plenty of confidence in his quarterback to push it down the field early.

The Linemen’s defense has also been impressive, forcing some crucial turnovers in key games throughout the year. They are going to have quite the task in front of them, in trying to slow down the Jouster’s two-headed QB attack – but if anyone can stop them, it is the Linemen’s defense.

One thing that could potentially hold the Linemen back, however, is not running the ball enough. They have a couple of talented backs that sometimes do not get enough attention – if the Linemen want their offense to be as potent as possible, then getting the run game going early is a must.

Keys For The Jousters

On the other side, the Jousters have a different approach to how their offense operates. Kevin Gilbride knows he has two quality QB’s in Luis Perez and Drew Anderson, so he uses them both to run the offense.

In the first half, it is usually Perez who gets the start, while Anderson comes in for the second half. This strategy has been working quite well, as each quarterback has put up solid numbers on the season.

The two headed #TSLJousters QB attack closes out Week 5 at #TSL2021 as they take on the #TSLBlues.

Tune in to @FS1 now to see if the Jousters can keep their South Division lead or if Week 6 will get that much more interesting! pic.twitter.com/h18eBK8ufT

Quite obviously, both Perez and Anderson are going to have to play well for the Jousters to win. There’s a good chance that the Linemen will be putting up a boatload of points, so they will have to respond to those points as efficiently as possible.

One of the biggest strengths for the Jousters is their defense, led by former Battlehawks DC Jay Hayes. They have been stifling all season long, holding opponents to under 15 points for the last five weeks. The Linemen will be the best offense they’ve faced all season long, but with how confident this defense has been playing, anything is possible in the Mega Bowl.

What Should We Expect On Saturday?

With the Mega Bowl being just a couple of days away, here’s a few things we should expect to see. Firstly, offensive highlights. Both of these teams boast impressive offenses with plenty of playmakers, which should lead to some exciting moments.

On the contrary, we should also see the defenses on both sides grinding it out all day long. Each defense is capable of slowing down the opposing offense, so we will have to wait and see what the verdict is on Saturday.

Finally, we know that it is going to be a fun broadcast on FOX. The sports network has done an excellent job producing and streaming every single TSL game this season. Between the announcers, camera work, and inside access, it has been a blast – and we’re excited to see the final game on FOX this Saturday.

At the end of the day, only so many predictions and assumptions can be made, so we’ll just have to wait and see what happens on Saturday between these two teams.

Who will you be rooting for in The Spring League’s Mega Bowl? Which team will come out victorious? Let us know down in the comments below, or join the conversation on Discord! 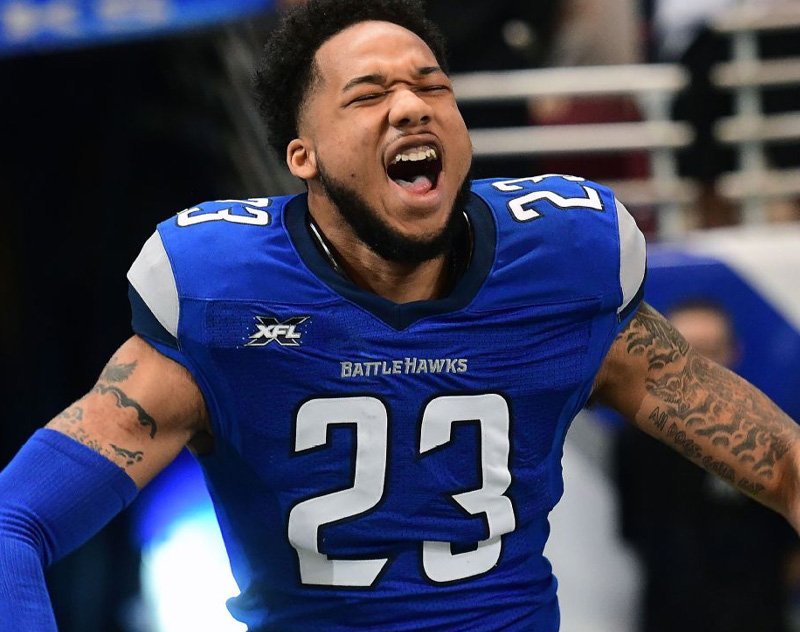