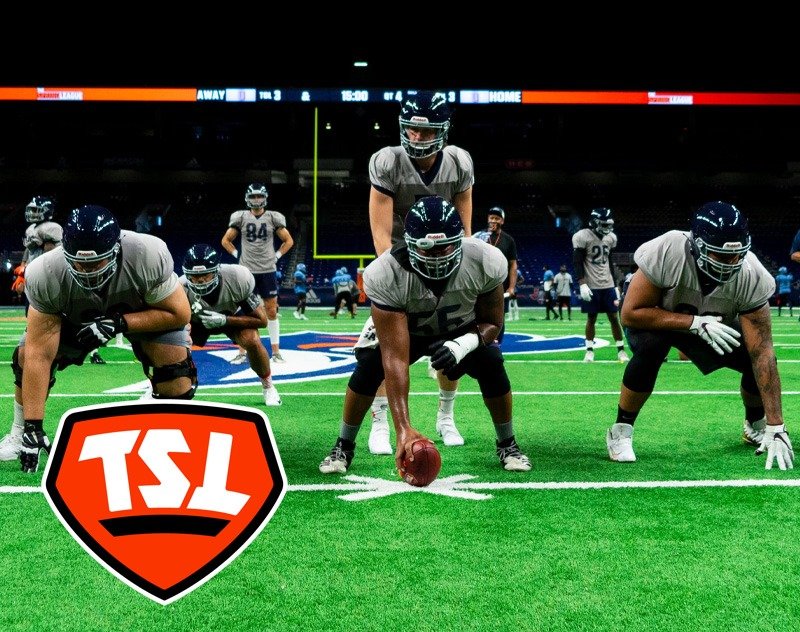 Recap of The Spring League’s First Week of Action

Well, we have some more football to hold us over until the XFL returns. The Spring League returned to action on Tuesday, as they moved their season to the fall due to the pandemic. The Spring League is a developmental league for aspiring football players, and continues to provide opportunities for guys looking to get back to the NFL.

This year they decided to go with a 6 team format, in a bubble located in San Antonio, at the AlamoDome. On each Tuesday for four weeks, the teams will face off in games against each other throughout the day. Yesterday kicked off the action for The Spring League, so let’s take a look at what happened in each game.

Firstly, two of the three games were not watchable for fans. Only the final game of the day was aired by Fox – for the others, just highlights were posted to the league’s social media accounts. The TSL does, however, have a deal with Fox as 7 of the 12 total games will be broadcasted on FS1.

Each team has some recognizable names, and the Blues are no exception. They are led by Shea Patterson, former QB for the Michigan Wolverines. In the first TSL game of the season, the Blues absolutely dominated the Alphas. While we don’t know most of what went on in the game (since it wasn’t viewable), we do know that the Blues were efficient on offense, and stifling on defense. The Blues won the game 19-0, led by Patterson’s 3 TD tosses.

Blues with the first score of #TSL2020 on their first play from the Alphas red zone. QB @SheaPatterson_1 rolls out and connects with WR @low_life_cinco for a 20 yard score. XP is no good.

End of the Q1. pic.twitter.com/QYTDM3kK7x

JT Barrett, former OSU Quarterback, struggled in his TSL debut, as his Alphas were shut out completely on offense. The Blues defense took the ball away twice, and racked up seven sacks on Barrett. The Alphas have to figure things out moving forward if they want to play in the TSL Championship.

Once again, the second game was also a lopsided shutout. The Aviators were unstoppable in their debut against the Jousters, putting up 28 points while allowing the Jousters to score nothing. It all started when DeShaun Amos picked off the Jousters QB Alex Hanibrook, and returned it 82 yards for the score:

PICK SIX@Famousss_Amos with the two magic words for a DB to give his Aviators the early lead. pic.twitter.com/sCzY33y2d9

The Jousters offense continued to struggle throughout the game, and right before half, the Aviators scored again. McLeod Bethel-Thompson (former QB in the CFL) found his TE Nick Truesdell (former XFL Viper and AAF Stallion) to make it 14-0 going into halftime. The second half continued the same trends, as the Aviators defense racked up three fumble recoveries, and two interceptions as they completely shut out the Jousters 28-0.

The last game of the day was certainly the most entertaining, which was good timing since it was the only one aired for fans to watch. The Conquerors vs. Generals was the first game of the TSL’s season to be featured on FS1.

Opening up the game, the Generals defense completely shut down the Conquerors offense, while their own offense performed quite well. On the Generals first drive, they marched down right away as Bryan Scott looked very impressive in his TSL debut. They took a 6-0 lead as Darnell Holland ran it in from a few yards out.

Justin McMillan, QB for the Conquerors, was then intercepted by Channing Stribling (former XFL Dragon/AAF Express) which led to a field goal for the Generals. On the very next drive, McMillan was intercepted again, this time by Arnold Tarpley III (former AAF Express), who made one of the most athletic plays you’ll see on the ball:

This Arnold Tarpley III (@tretarpley) interception is an early candidate for #TSL2020 play of the season. pic.twitter.com/25twzuDG5l

This led to Bryan Scott throwing his first TD of the game, as he found Sal Cannella to make it 16-0. The Generals finally found life on offense, and McMillan ran it in to make it 16-7. However, the Generals offense was seemingly unstoppable, as Holland got to the outside for this impressive 31 yard TD run to make it 23-7:

A key block from TE Sal Canella (@salnells) secures this long TD run for Darnell Holland (@yocrazylegs) – his second of the game. pic.twitter.com/odGgeBZaoL

Kevin Anderson then went in, replacing McMillan for the Conquerors, and marched his team down the field. Anderson found Michael Bandy in the endzone, and it was 23-13. A ridiculously athletic interception from Willie Yarbury (a defensive lineman!!) set up a FG for the Conquerors, and they pulled within one score. The Generals kicked a field goal of their own, and they had a 26-16 lead going into halftime.

In the 3rd quarter, Bryan Scott continued to make impressive throws, finding Kelvin McKnight Jr. for a TD to make it 33-16:

The Conquerors kicked another FG to start the 4th, but ultimately could not get their offense going as the Generals were able to hang on for the victory. Even a blocked field goal by Ajene Harris (former Houston Roughneck) that was almost returned for a TD didn’t result in points, as the Generals came away with a 33-19 win over the Conquerors in their first match of the season.

Generally speaking, The Spring League provided some fun football for viewers to enjoy on Tuesday. While some teams seem to be unbalanced (especially when looking at the scores of the first two games), overall TSL enjoyed a successful first week. There are quite a few talented players, and also many well known coaches who can help these players grow and improve, so they can take that next step to the NFL (or even the XFL/CFL).

Something we have to remember is that, while some of the play was quite messy, these teams have hardly had any time to practice with each other. As the season goes on, the overall level of play will improve. We are certainly looking forward to next week to see some more TSL action!

Were you watching The Spring League this week? What did you think of it? Let us know down in the comments below, or join the conversation on Discord!