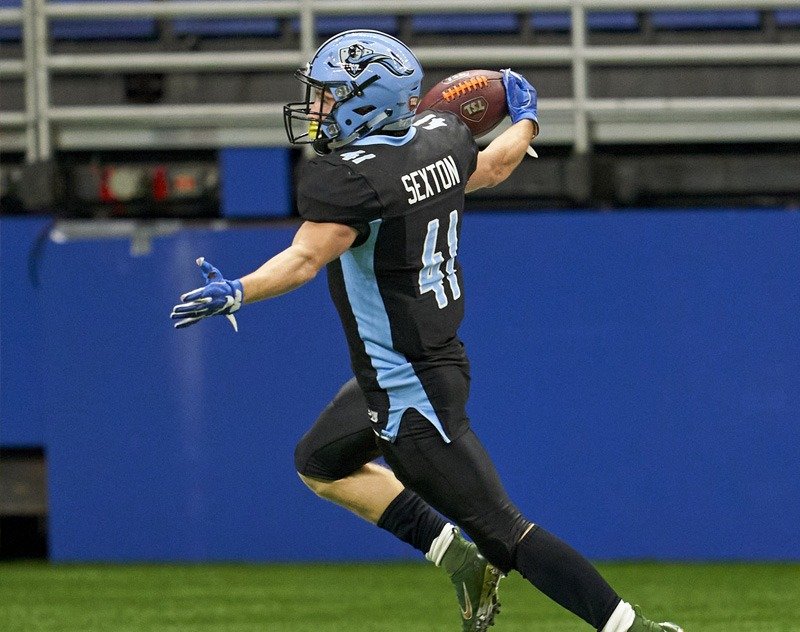 Late last year The Spring League re-grouped from COVID and held a bubble-season comprised of six-teams. There were some difficulties along the way, but the league was able to finish out their season and hold their championship game.

During that time we saw quite a few players step up and put together some impressive game film for themselves. One of those guys was Aviators wide receiver/special teams guru Mathew Sexton. It seems his hard work has paid off. Just now, we’re learning that Sexton has signed on with the Pittsburgh Steelers.

Former Eastern Michigan WR Mathew Sexton is signing with the #Steelers, source said, after blazing a low-4.3s 40 at Michigan State pro day last week. Undrafted in 2020, Sexton flashed return skills in The Spring League. #Bills, #Patriots worked him out too, but he’s headed to PIT pic.twitter.com/t3o0sRn6Hd

Someone who put on a show on special teams was Matthew Sexton. He was the return man for the Aviators, and made an impact on the teams’ short season. In week two, he took an overtime punt to the house, walking it off for the Aviators against the Blues:

The punt return that kept the Aviators undefeated hopes alive.

Here's the Play of the Week courtesy of @MathewSexton2. pic.twitter.com/Xo2CLMAyx6

Then in week three, he opened up the game against the Conquerors by returning the kickoff to the endzone, picking up right where he left off.

These are the stories that we love writing about. Truth be told, most spring leagues are created to help catapult these guys to new heights that they may never seen without extra play-time or game film. The Spring League is currently holding combines for this years seasons and it seems like the league has a few surprises up its sleeve. But… we can talk about those yet.