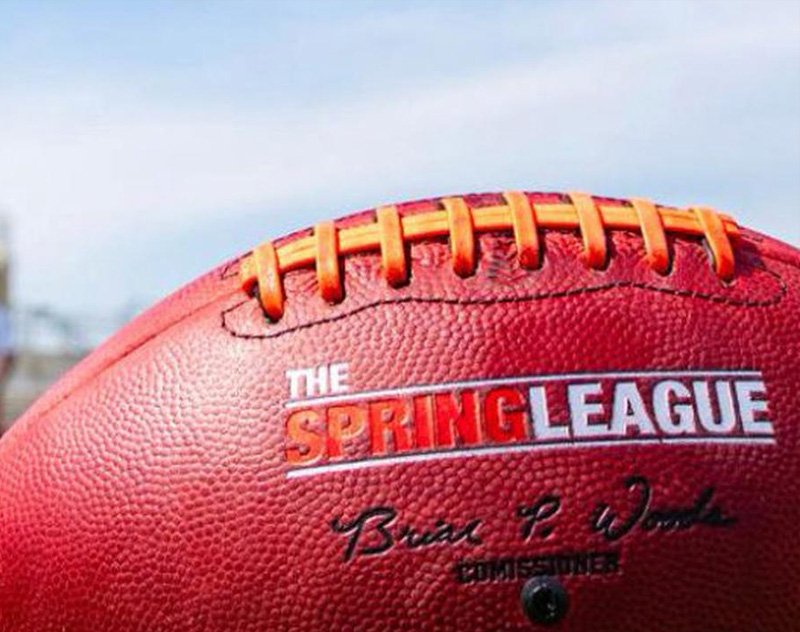 Last night The Spring League revealed one of two new logos via social media, the name is still to be announced. The league has been teasing fans online with drips of news over the last couple weeks. With the season fast approaching, we’re getting some more details on how this year will look for the league.

According to Kevin Seifert of ESPN:

Woods said that the Spring League’s eight teams will play a six-week schedule beginning May 6, using hub stadiums in Indianapolis and Houston. It has recruited several coaches with experience in the NFL, XFL, AAF or a combination, including Jerry Glanville, Kevin Gilbride and Mike Riley. Fox Sports is finalizing a full schedule of televised games, Woods said.

The league’s preference will be for its coaches, players and staff to be vaccinated for COVID-19 before the season begins. If they are not, they will be asked for proof of a negative test when arriving to one of the hub cities and then will be subject to daily testing thereafter, Woods said.

This confirms a few things fans have been wondering. First and foremost, The Spring League is seemingly returning to FOX Sports; which is huge. We’re also seeing former AAF and XFL coaches joining or returning from last season.

The real big confirmation to come out of this is that the league will host two hub cities, Indianapolis and Houston. There still aren’t any details on if the league will allow fans in any capacity this year, but we’ll keep you posted as we learn more.

The Spring League will also be experimenting a new overtime rule change, similar to the proposal made by the Baltimore Ravens. This would allow the coin toss winner to choose where to spot the ball or which team will get first possession.

With the XFL on hold until talks with the CFL have completed, The Spring League is in a good position to solidify their spot as an alternative football mainstay. We’re definitely going to be covering the 2021 TSL season, as we did the 2020.

Will you be tuning into The Spring League this season? Let us know down in the comments below or join the conversation on Discord.