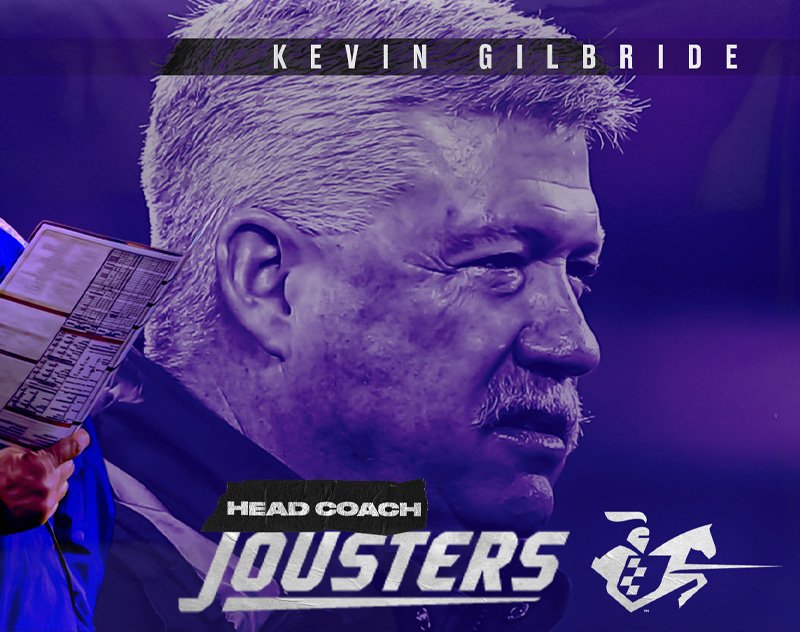 As you’re probably aware by now, The Spring League is retuning May 6th on FOX, FS1 and FS2. The league is expanding to eight teams and will be playing out of two hub cities; Indianapolis and Houston. Indy’s North Division will be home to the Alphas, Aviators, Conquerors and Linemen. The South Division out of Houston will house the Blues, Generals, Jousters and Sea Lions.

This years TSL coaching staff has a lot of familiar faces that XFL fans will remember. Jerry Glanville, Hal Mumme, Larry Kirksey and the list goes on. Well, we have another former XFL face that you’ll definitely recognize.

Former head coach/general manager of the New York Guardians, Kevin Gilbride, will take over as head coach of The Spring League’s Jousters.

Coach Gilbride's 20 years of #NFL coaching experience includes stops as the Head Coach of the @Chargers and TWO #SuperBowl rings as offensive coordinator of the @Giants!

Gilbride was a coach for twenty years in the NFL, spending seven of them as the offensive coordinator for the New York Giants, with whom he earned two Super Bowl rings; beating The Patriots on both occasions. From 1997–1998, He was also the head coach for the San Diego Chargers.

With the XFL on the sidelines for 2021 and possibly 2022 due to the discussions with the CFL, there’s a lot of new eyes on The Spring League. Getting coverage on broadcast television could prove to be huge for the league.

Beyond airing on broadcast television for the first time, it’s also the first time that ALL TSL games will be aired live. We’re looking forward to coving the upcoming TSL season in person at both hubs and can’t wait to see what the league can show us this time around.

Will you be tuning into The Spring League this year? Let us know down in the comments below or join the conversation on Discord.