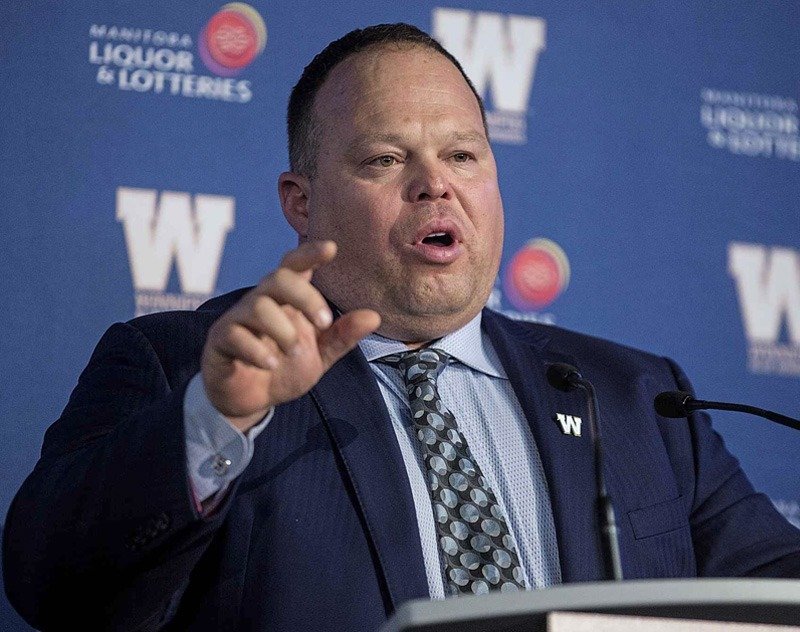 With XFL out of the picture until at least 2022, there are a lot of eyes on the CFL hitting the field in 2021. 2022 may even be in jeopardy for the XFL, as the league has placed the season on hold until the discussions with the CFL have concluded.

Just earlier this week the CFL proposed a 2021 season with no delay, but have gone so far to ask players to take a 20% pay cut if there are no fans in stands. Needless to say, there’s still a lot of negotiations in front of the league and the players association before a deal is finalized. But… it seems there may be some good news on the horizon.

President and CEO of the Winnipeg Blue Bombers, Wade Miller, came out to say that his franchise is putting the final touches on plans to host fans this year.

“Hopefully we can scale it up as the season goes on,” Miller told Jeff Hamilton The Winnipeg Free Press. “It’s about doing what’s right and working with public health, both provincially and federally.”

The even better news… He also stated that all CFL franchises are working on plans to host fans, all of which will be unique in their own way.

Great news!👇🏽
“…Miller said that every #CFL team is working on a plan to host fans, all of which will be unique…
Season ticket holders will be contacted regarding ticket sales and game day logistics in the next six to eight weeks.” Via @jeffkhamilton https://t.co/caqBovuUO5

This comes as news to many fans ears, as it wasn’t too long ago that rumors popped up that the CFL was considering delaying to the 2021 and possibly 2022 seasons.

The Blue Bombers are reportedly 95% complete on their planning and season ticket holders will be the first to be contacted regarding ticket sales and game day logistics in the next six to eight weeks.

So… what will games look like if you decide to attend? It looks like the new plan will include limited concessions, mandatory masks except when eating or drinking and the addition of 250 hand sanitization units at IG Field. The entire stadium will also be cashless, which helps limit contact between fans and game day employees.

It has been previously reported that CFL teams do not expect to operate at 100% capacity at any point in 2021. But any fans are better than no fans, at least that’s my humble opinion. Some NHL teams are currently petitioning to have fans in attendance at games, which could set a new precedent ahead of the CFL season.

Ticket sales are a key factor in the economic viability of the Canadian Football League. In 2019, gate receipts accounted for 35% of the gross revenue in Edmonton, Saskatchewan, and Winnipeg.

It comes down to developing a comprehensive plan to restart our stadium, for the safety of our fans, staff and players, which is paramount all the time and it’s consistent with what we do at the Winnipeg Football Club,” said Miller.

With the clock ticking and a lot of questions still in the air, it seems like the CFL is attempting to make some headway to bringing football back to Canada this year. We’ll be covering this topic closely as we learn more on the subject.

Do you think we’ll see the CFL season start on-time? Will we see fans in all host cities? Let us know down in the comments below or join the conversation on Discord!