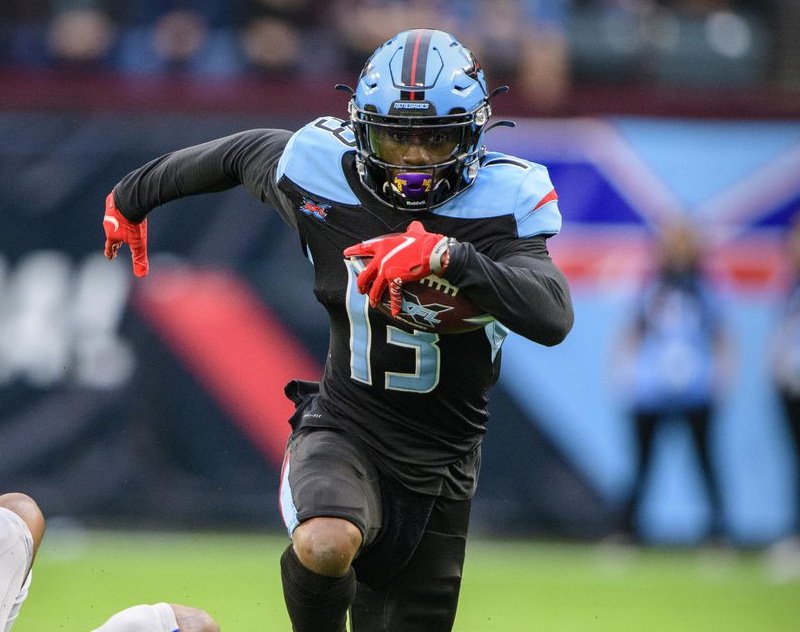 Now that the 2021 NFL Draft is complete, it was expected to see cuts across the league. This time two years ago, this caused excitement among XFL fans trying to spot the next big signing.

Fast forward to present day and the landscape is a little different. The XFL is on the sidelines for 2021 and possibly 2022 pending the outcome of their discussions with the CFL. The CFL has postponed their season to August 5th, but even that’s not 100% set in stone.

Badet declared for the 2018 NFL Draft, but was not selected by any of the league’s 32 teams, and later signed as an undrafted free agent for the Minnesota Vikings. He appeared in all four of the team’s preseason games, totaling 5 receptions for 34 yards. He was placed on the team’s concussion protocol after the Week 1 game against the Jacksonville Jaguars, but returned to continue for the team’s next three games. He was placed on the team’s practice squad before the start of the season. In June 2019, he participated in the 40 Yards of Gold contest to determine the fastest player in the NFL, and was given a $25,000 check he determined to be worthless.

He re-signed with the Vikings and was given a $75,000 bonus to keep him away from the New York Jets, who were also pursuing him. He appeared in the team’s four 2019 preseason games, seeing limited snaps, touching the ball just twice for 17 yards. Badet was hampered by a groin injury that forced him to miss several practices. He was cut by the Vikings before the start of the 2019 NFL season. In October 2019, he tried out for the Green Bay Packers, but failed to make the team.

Badet declared for the 2020 XFL Draft, impressing team scouts at various combines, was selected as the fourth pick of the skills position phase by the Dallas Renegades. Badet became popular in the pre-season due to his unique face-masks that featured Allen Iverson, Michael Jackson, and SpongeBob SquarePants.

During the XFL’s short five-game season, Badet racked up 16 receptions totaling 108 yards. It’s sad to see his time with the Washington Football Team come to an end, but we’re hopeful  we’ll see him land a gig sooner rather than later.