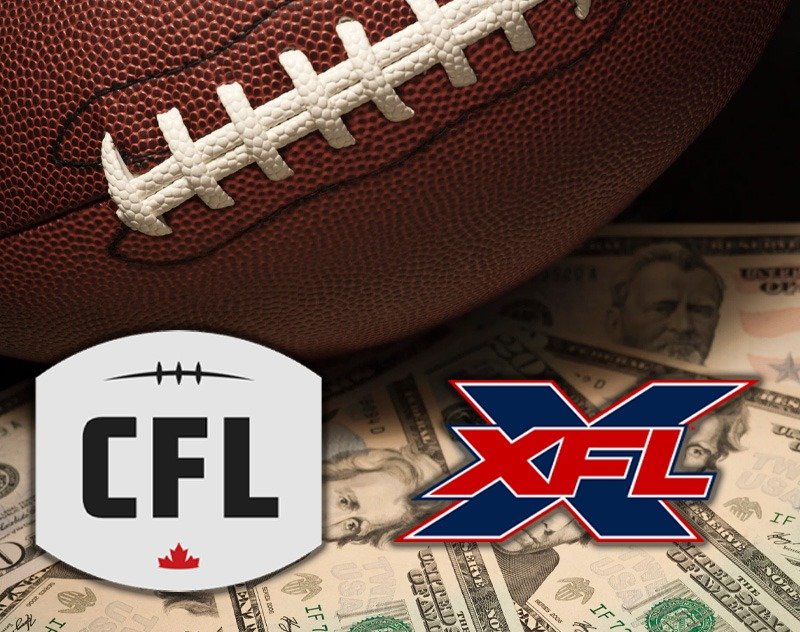 What the Betting Odds Say About a CFL/XFL Merger

In August, Dwayne ‘The Rock’ Johnson, Dany Garcia and RedBird Capital bought the XFL out of bankruptcy and announced a 2022 return date, but rumors have sparked in recent weeks since the CFL confirmed that they were exploring opportunities to align with the XFL’s new ownership group.

As a result, online XFL betting sites are now offering odds on whether or not the league will play a game next year, and the outlook is grim.

The +175 money line offered for an outcome of “no” equates to a 70% chance that the XFL will not play a season in 2022, but despite this low probability, this prop bet does not necessarily indicate a negative turn in the league’s forecast.

Instead of the above betting odds spelling doom for the XFL, they actually indicate the potential for a merger with the CFL that is currently experiencing financial difficulties due to strict, country-wide, COVID-19 lockdowns.

Pro football sportsbooks that offer odds on the CFL are now supplying prop bets that ask bettors to lay action on whether the potential new league will opt for Canada’s 3-down version of play, or the United States 4-down rules.

What Will Happen If The CFL And XFL Merge In 2021?

While there’s been no report of when the discussions will take place or what topics will be on the table, the speculation is that the XFL and CFL would combine to form a single league, with a conference dedicated to each league and country.

Industry experts are predicting that the merger could be worth north of $100 million in annual television contract revenue, and with the potential for a 19-team pro football league that spans nearly the entire North American continent, there is plenty of reason for fans to get excited.

The best legal sports betting sites are offering favorable odds on at least a partial CFL season taking place in 2021, but with a June 10th start date on the calendar, that doesn’t leave much time for the XFL to organize and compete.

What once was viewed as a risky investment for Johnson is now offering him the potential to parlay that stake to the tune of exponential profits by partnering up with a league that has been in business since the late 1950s, with roots that date back to 1907.

These 19 teams, should they opt to join together, have a real shot providing a legitimate development league for the NFL, something the market has demanded for decades but has yet to see a viable contender.

What do you think? Will we see a merger? If so will they adopt 3 or 4-downs? Let us know down in the comments below or join the conversation on Discord.