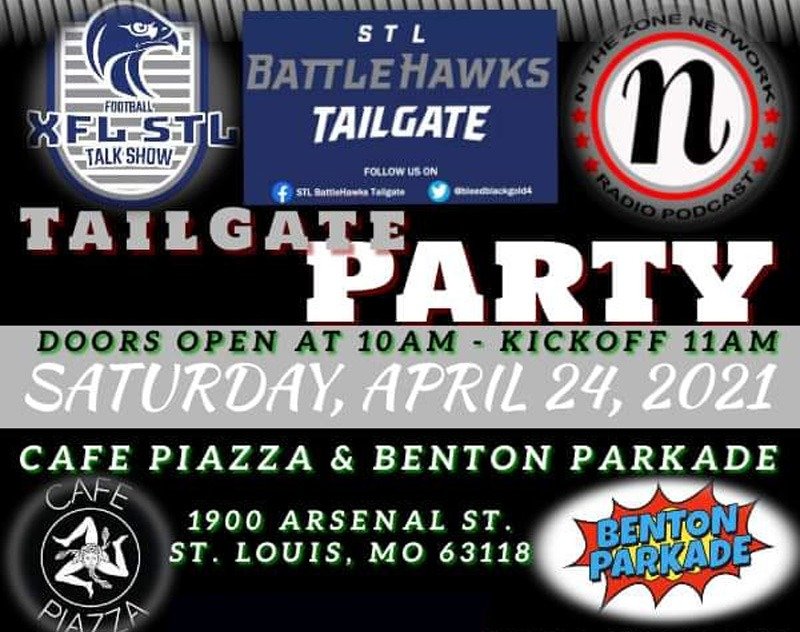 Tired of waiting for the XFL to return? Are you a BattleHawks fan in the St. Louis area? Well, we have some great news for you!

The XFL STL Talk Show in conjunction with N The Zone Network is set to host a BattleHawks tailgate party… and it’s totally FREE! Of course, donations will be greatly appreciated.

So, what will this party entail? Glad you asked.

The event takes place April 24th at Cafe Piazza & Benton Parkade, doors open at 10am and all the action kicks off an hour later at 11am.

During the event the venue will be airing the 1st game of the BattleHawks season, as well as the other two home games. There will also be a costume contest, merchandise area, free giveaways and even some special guests.

Plus, music will be provided by the Official St. Louis BattleHawks Tailgate DJ, Big Papa G.

The event was announced last night during the XFL STL Talk Show, where the group goes over the event in much more detail. You can watch the full episode below:

The XFL STL Talk Show team went above and beyond with this one, if you’re in the St. Louis area you won’t want to miss this event. You never know, you may even be able to see a re-enactment of the scene below!

Also, make sure to tune into the XFL STL Talk Show live, every Wednesday at 7pm CST, on Facebook.