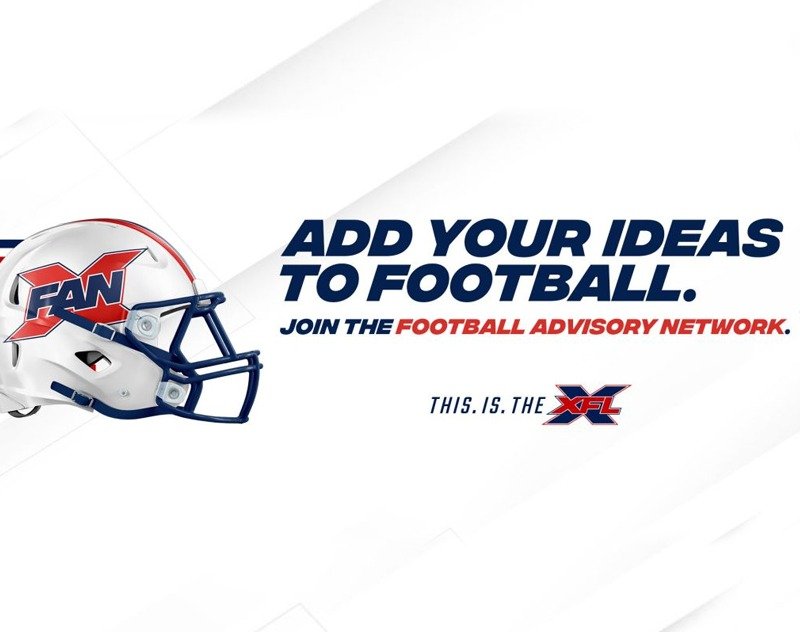 A while back we reported that the XFL had officially launched their Football Advisory Network for season ticket holders; today the league has put out a press release with some more details and open access for all fans.

FOR THE LOVE OF FOOTBALL, XFL LAUNCHES FOOTBALL ADVISORY NETWORK

Stamford, Conn., Nov. 18, 2019 – Today the XFL officially kicks off the Football Advisory Network (F.A.N.) — a digital community that gives football fans who love the sport an interactive platform to share their feedback and have their opinions heard on all aspects of America’s #1 game and the new league.

Through participation in surveys, polls, and discussions on a variety of on-and off-the-field topics, members of the F.A.N. community will help the XFL design its fan experience and shape its game. Football fans can visit xfl.com/football-advisory-network to enroll, join the conversations and learn more.

“We love the game of football and we want what our fans want,” said Jeffrey Pollack, XFL President and COO. “The XFL is a league that listens, and the Football Advisory Network is an important platform that enables our direct connection to fans who share our love of football. This national panel will help us listen and learn from football fans in each of our eight markets and across the country.”

In addition to participating in discussions and sharing opinions, members of the F.A.N. community will have exclusive access to special content, giveaways, events and more.

Over the past four weeks, founding XFL Season Ticket Members have already started to participate in the F.A.N. and identify key areas of the game they want the league to focus on, including ticket affordability, seat value, and on-field game day experiences. In one poll question asking “If you were named commissioner of a professional football league tomorrow, would you change anything about the game or fan experience,” 90 percent of respondents said yes and, specifically, 54 percent of fans said they would make changes to the rules of the game and the in-stadium experience.