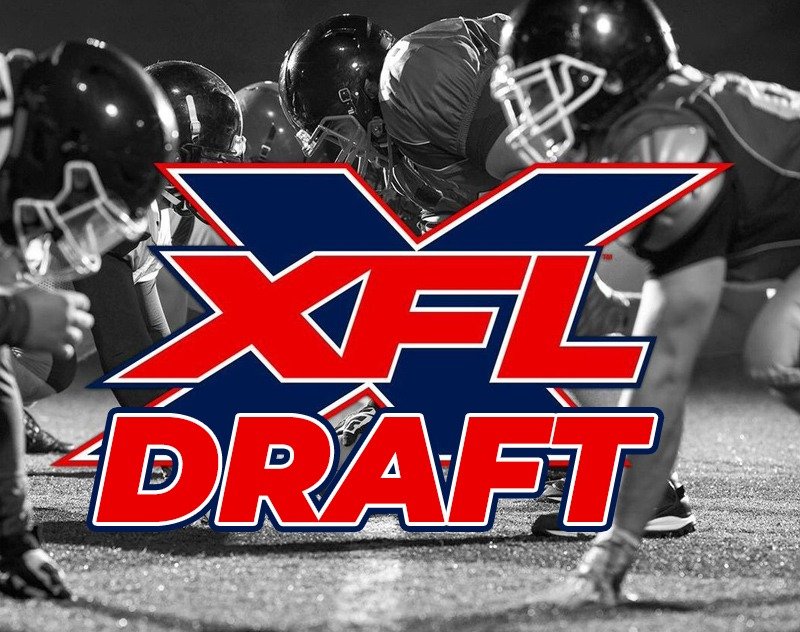 Last week we revealed that the XFL draft would be held on October 15-16. Today the league has made that news official, and has given some more details around the event.

The league basically gives all of the details of the upcoming draft, other than the player pool… yet at least. The release states that they will be releasing that information soon. As we had reported earlier, it seems the league has decided to assign tier 1 quarterbacks to each franchise. So far, Landry Jones is the only confirmed T1 player, so we should be learning the rest of those names soon.

XFL GETS SOCIAL WITH PLAYER DRAFT

Over the two-day draft, each XFL team will populate a 71-man roster by selecting players from a set of positional groupings. One quarterback will be assigned to each team prior to a five-phased draft, phased as follows:

The draft pool will include approximately 1,000 professional football players, all of whom accepted a Commissioner’s Invitation and passed a standard background check. In Phases 1-4, each team will choose ten players for a total of 40 players. In Phase 5, each team will choose from the pool of remaining players to complete its initial roster.

Using a “snake” format, the selection order within each phase reverses after every round: the team selecting first in the first round will pick eighth in the second round, first in the third round, eighth in the fourth round and so on. The order of selection was determined by lottery under the supervision of Commissioner Oliver Luck.

The coaches and scouts for each XFL team will gather in their local markets to draft their initial rosters. Teams will be given 90 seconds to make a selection and declare their picks through a video conference with the XFL home office in Stamford, Connecticut.

Today, the XFL will begin to reveal, through XFL.com and the league’s social channels, the players entering the draft, with additional groups to be announced regularly leading up to the draft. The entire draft pool will be revealed by October 11.

We’ll keep you posted as more information comes out about the draft, specifically the names that you can expect the be drafted next week. You can stay up to date with all the latest invites with out XFL Draft Tracker.